With manager Roy Hodgson now gone, an old legend returns to Anfield: Kenny Dalglish. Quite how huge he is on the football stage, both as a player and manager, seems to have been forgotten by many: Manager of the Year four times, Premier League Champion with two different clubs (and very nearly three). 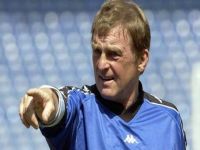 In 1985-1986, Dalglish took up a position as player-manager and guided Liverpool FC to its first double (Championship and FA Cup in 1985-1986) but only appeared three times as player since the end of the 1987 season.

Eight months later, he was back again, this time at the helm of Second-Division Blackburn Rovers FC (October 1991) a team which in his first season he led to the Premier League (for the first time since 1966) and in 1995, to the Premier League Championship. Dalglish resigned and stayed on as Director of Football, where he developed the club's academy and talent-spotting network.

As he had been appointed as a player to Liverpool to substitute Kevin Keegan, he was now appointed to substitute the same man as manager at Newcastle United, a club which he joined in January 1997 in fourth place; he took Newscastle forward to the position of runner-up in the League and secured a Champions League place; he led Newcastle United to the FA Cup Final the following season and was dismissed at the beginning of the 1998-1999 season after two draws in two games.

In June 1999 he joined Celtic FC as Director of Football, taking over the manager's job when John Barnes was dismissed and leading Celtic to the Scottish League Cup. Since April 2009 Kenny Dalglish has been an Ambassador to Liverpool FC.