The news from the English Premier League is more about which of a string of high-profile managers will lose their jobs, rather than who is going to be playing where. West Ham United's Avram Grant, Aston Villa's Gerard Houllier, Chelsea's Carlo Ancelotti and Liverpool's Roy Hodgson have all had far from perfect starts to the season. Roy Keane (Ipswich) has already gone. 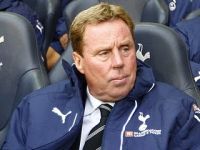 For now, it appears the one in the hottest seat is Roy Hodgson, whose record with smaller clubs has been enviable but who has not cut the grade at Anfield. This Sunday his team lines up against Manchester United in the FA Cup, the result of which could well seal his fate.

The Becks saga seems indeed to me edging ever closer to Tottenham Hotspur, where the valuable experience and general knowledge of Soccer's Mr. Nice Man, albeit for a short period on loan until the Major League Soccer season kicks off again in mid-March, can do wonders to being more stability to Harry Redknapp's exciting young team, currently in fourth position in the Premier League.

Harry Redknapp considers that Beckham could be available by the following Sunday.

Brazil's Julio Cesar, 31, Inter Milan, seems set to join Manchester United as Sir Alex Ferguson looks to set up a substitute for ageing goalkeeper Edwin van der Sar. FC Porto's prolific Colombian striker, Radamel Falcao, is attracting the interest of Arsenal, who tried to sign him a year ago. However the answer from Porto's coach André Villas Boas was a peremptory "I don't see how his leaving us is possible".