Is the Edin Dzeko deal nearly signed by Manchester City? Or will Bayern Munich have something to say in this long drawn-out saga? Not only players, but certain managers, also, seem set to change clubs. Among these may be Liverpool's Roy Hodgson. 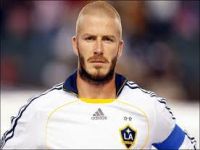 Roy Hodgson has not had a dream start at Liverpool FC and the team is under-performing, lying in ninth place, ten points behind the UEFA position. Although the players are behind their team coach, rumour has it that former player Kenny Dalglish or Marseilles coach Didier Deschamps are possible replacements.

Carlo Ancelotti, Chelsea FC coach, does not appear to be under the same type of pressure, the question remaining as to whether Chelsea FC Chairman Roman Abramovich has the cash available to spend any more money. Chelsea lie in fifth place (UEFA) and seems to have distanced itself from the rest of the pack in the Premier League along with the first four (Manchester United and City, Arsenal and Tottenham).

Whether or not David Beckham moves to the Premier League seems to be creating problems among the fans at LA Galaxy, many of whom have been expressing their fury at yet another incursion into European football. Tottenham Hotspur seems the possible candidate for a two-month deal before the Major League Soccer Season restarts on March 15, the first game being Seattle Sounders FC against LA Galaxy.

Another star who has been linked with the Premier League is Kaka, who may be joining Manchester United from Real Madrid; the Ronaldinho move to Blackburn has been written off by commentators as no more than gossip, because the player's agent (and brother) Roberto Assis has declared that Brazil is the probable destination, with three clubs fighting for his signature: Flamengo, Gremio and Palmeiras.