Portugal's national soccer team thrashed Spain, the FIFA World Cup winners in South Africa 2010 by an expressive 4-0 result, one goal by Portugal's Cristiano Ronaldo having been disallowed. There was only one team in it on the night, raising the eyebrows as to how Portugal played so badly in the Summer. 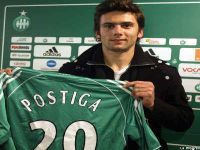 New coach Paulo Bento has without any shadow of a doubt injected fresh life and blood into his team, which was unrecognisable, playing with spirit, fire, venom, at a manic pace, his players looking keen, sharp and willing to eat the grass for the right to wear the shirt - a very great difference from the lacklustre, weak and clueless Portugal we saw in South Africa.

Paulo Bento used the duo Bruno Alves and Ricardo Carvalho as masters of the area, with Bosingwa making a come-back after a year down the left flank and Helder Postiga looking useful in attack. With Meireles and Moutinho controlling the midfield, Portugal started to chip away at an organized Spain on a cool Lisbon night after the world champions had created a fleeting moment of worry for Eduardo in the Portuguese goalmouth.

Cristiano Ronaldo sent the ball screaming into the net on 37', a wonderful chip over Casillas, but the linesman declared the ball had not entered. However, this misfortune seemed to spur Ronaldo on and moments later he tore down the left, burnt Busquets and passed for Carlos Martins to open the score-card before the break.

After the break, on 49', Nani and Moutinho worked the ball to Helder Postiga, who back-heeled it in for the 2-0. Spain, a different Spain from last Summer and looking like the mediocre teams of the last three decades, was by now totally disorganized. Postiga got his brace on 68' and Hugo Almeida finished the rout with practically the last kick of the game.

Results of other friendly matches