Mourinho and the Portuguese Football Federation Saga: José? No way! 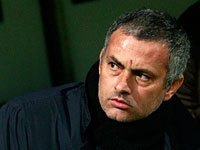 Has the Portuguese Football Federation (FPF) gone stark raving bonkers? Having sacked national team coach Carlos Queiroz for some incident that happened before the FIFA World Cup Finals in South Africa, Gilberto Madail, President of the FPF and João Rodrigues, the former President, went to Madrid to try to broker a deal with José Mourinho for the next two matches. How is it possible they could so totally misunderstand Spanish football, in their positions?

So the Portuguese Football Federation has to answer to those who pay its salaries. Yet ask anyone in Portugal if they wanted Carlos Queiroz as national team coach for the 2010 FIFA campaign, and the answer would have been no, because he is an excellent number two, but does not have the charisma to lead the A team. He is a Mister B, not a Mister T. The Portuguese people knew this. Did the Federation?

The Portuguese Football Federation has a problem. Lobbies. After the appointment of Carlos Queiroz (1991-1993) which did not produce results (failure to qualify for the USA 1994 FIFA finals) Queiroz declared that "The Federation should clean up its mess". Nelo Vingada was appointed, a coach with a long record of success and experience at club and youth team international level. Two games, two draws...and he was informed not by the Portuguese Football Federation, but by the Press, that he was sacked. What a sickening lack of character.

António Oliveira took over in his first term (1994-1996) taking Portugal to a respectable quarter-final place in the UEFA 1996 in England. Humberto Coelho replaced him (1997-2000) qualifying Portugal for the UEFA 2000 (third place) after failing to reach the 1998 FIFA World Cup Finals in France, before Oliveira's second term (taking Portugal to Japan/Korea in 2002 and being eliminated in the first round). After a brief interregnum led by Agostinho Oliveira, Portugal's golden period took off with Luiz Felipe Scolari, the Brazilian "sergeant" who led Portugal to the runners-up position in UEFA 2004 (Portugal) and semi-finalist spot in FIFA 2006 (Germany).

Then what happened? The FPF went back to Carlos Queiroz, who had an excellent record with the Portuguese Youth Teams, winning the World Under-20 championship in 1989 and 1991 but who had been out of his depth in his first appointment at the senior international level. And now?

Instead of honouring its contract with the coach (whose agreement was valid until 2012), the FPF decided to latch on to some incident that is said to have happened before FIFA 2010 during a concentration in Covilhã, central Portugal, when Carlos Queiroz is alleged to have behaved less correctly when a doping team descended on his squad at the crack of dawn.

If nothing was done at the time, why now? Because Portugal opened its UEFA 2010 campaign with a 4-4 home draw against Cyprus and a 1-0 defeat away to Norway (after scraping through to the South Africa competition by the skin of its teeth with lacklustre performances)? But any Portuguese soccer fan could have predicted this the moment Carlos Queiroz was re-appointed.

And what does the FPF do? Go cap in hand to Spain to speak to Real Madrid's coach José Mourinho, arguably the best coach in the world, asking him to take over for the two games against Denmark and Iceland, for fear that bad performances will result in the early elimination of Portugal from the 2010 UEFA Finals.

"Here in Spain, you would not imagine the pressure placed on you. Absolutely amazing, far greater than anything I have ever experienced. I am up to it though and will lift some silver. But the press here criticizes your every move and imposes pressure of the worst sort," confided Bobby Robson to me in a private letter shortly after he took over as Barcelona FC coach.

By going to Real Madrid, begging for Mourinho to coach the team for two games, the FPF is showing total disrespect for the work of interim coach Joaquim Oliveira, is admitting it does not have any options at present, while the dauphin waiting in the wings is the lobby supporting Paulo Bento, Sporting CP coach from 2005-2009, with a 60% success rate, two Portuguese Cups, two Portuguese Super Cups and one Portuguese League Cup under his belt. International football? In a word, no.

And what sort of baptism of fire does he get if Mourinho were to be authorized to take over for the home game against Denmark and the away game in Iceland, and won? And if Mourinho took over and got more lacklustre results, because his players are prima donnas who value their club contracts more than their love for their shirt (and because half a dozen Portuguese boys not afraid to defend, pass the ball, run and shoot would do the job ten times better...but are not attached yet to the lobbies), what good does it do Real Madrid's Special One?

The Portuguese Football Federation, as usual, is going round in circles, trying to perpetuate its own useless existence. After all, what does the FPF do? The taxpayers pay, the players play and the coaches manage. The FPF flies around, in economy class, of course, and stays at cheap hotels. No, really.

And to cap it all, let us see how the FPF works. When the author of this piece tried to broker, several times, visits from Brazilian and Russian women's teams for female soccer tournaments, after contacting the Portuguese Football Federation numerous times, after visiting the Federation building, not a single meeting was called, the result being a string of unanswered emails.