First phase comes to an end 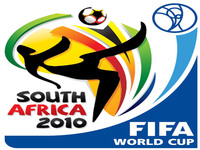 First phase comes to an end

For the first time in history the world champion and vice-champion (in this case, Italy and France) have been eliminated in the first round. From Group E, Holland – three games, three victories – and Japan (two victories and a defeat) go through to the last 16 to meet Slovakia and Paraguay (respectively, second and first in Group F).

Brazil is already qualified; Portugal has a goal difference of plus 7 and can only be caught by Ivory Coast (goal difference minus two) in the event of a nine-goal scenario in the two games. Given that Ivory Coast has scored one goal in two games, seeming far more adept at horrific fouls, the possibility seems remote, although if DPR Korea lost again by 7-0 and Portugal lost 2-0 to Brazil, then Ivory Coast would pip Portugal at the post. It is not going to happen.

Brazil and Portugal will therefore meet one of the four teams from Group H, all of which could pass through to the next round.

Honduras passes if it beats Switzerland and if Spain loses 2-0. Switzerland needs to win by several goals to be sure of passing to the last 16. For Spain, only a draw will suffice against Chile, which needs a draw.