South Africa’s Brazilian coach is finely tuning his squad making sure the host nation will be no pushover. England, despite losing Rio Ferdinand (Captain) are confident and start by warning the USA, buoyed by a convincing 3-1 victory over Australia. 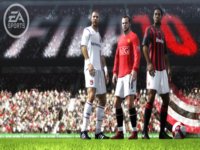 There is no doubt that the build-up to the South Africa FIFA 2010 World Cup is reaching electric proportions, this venue proving to be one of the most fascinating in the history of World Cup Soccer.

Host nation South Africa promise not to be a pushover. A 1-0 win over Denmark saw the team coached by Brazil’s Carlos Alberto Parreira go 12 games unbeaten. Katlego “Killer” Mphela scored the only goal of the match after 76’. Parreira’s 4-2-3-1 formation promises to deliver much in the weeks ahead. Will South Africa be the Continent’s first nation to hoist the World Cup? South Africa start the tournament against Mexico on Friday June 11.

England fans call their group EASY. England, Algeria, Slovenia, Yanks. The “Yanks” (USA) is far from being an easy team to beat these days. Of the 23 man squad, four players play in clubs in the USA, the remaining nineteen bringing a vast wealth of experience from the English championship (8 players, including the three goalkeepers); Germany (3 players); Mexico (2); Scotland (2); Italy, Norway, France, Denmark (1).

With this wealth of experience, and a physical approach, the team is far from being a joke, its ranking at number 14 in the FIFA classification bearing witness to the growing influence of the USA in world soccer. Frank Lampard, the England defender, has warned the USA against any tactics to try to destabilise England players, saying that England manager, the Italian Fabio Capello, has instilled into his players the necessity not to lose their heads and commit fouls.

England meet the USA in the opening game of Group C on Saturday June 12 in Rustenburg. The USA destroyed Australia 3-1 in their last training match with two goals by Buddle (LA Galaxy) and the last by Gomez (Puebla, Mexico).

Two-times World Champions Uruguay promise to be here to have a great World Cup. Oscar Tabarez’s side is confident, focused and determined, in the words of striker Oscar Abreu, who promises to maintain the high standards of Uruguayan soccer.

Brazil is concentrated and focused on the sixth world championship (Brazil currently holds 5, Italy 4, Germany 3). Dunga’s talented and experienced squad enter the Finals as the FIFA number 1 team in the classification and Brazil this time has an iron defence to add to its golden attack.