A sports exchange program between the United States of America and the Russian Federation provided the backdrop today for a visit to the White House by a team of young Russian basketball players, an excellent example of how sports can engender friendship and foster friendly bilateral relations. 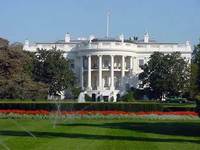 President Medvedev set the example on Sunday after Russia’s ice hockey team came second in the World Championship in Germany, beaten 2-1 by the Czech Republic in the final. As with his warm reception of the Russian Olympic athletes after a disastrous Winter Olympics in Canada, the message is a crystal clear “What is important is to compete and do your best”.

While second best is not good enough for most Russians, brought up on a glorious tsunami of Soviet victories in practically all areas of sport, Russians today begin to have access once again to excellent sports facilities sending them to international prowess in a myriad of modalities.

Russia’s tennis stars are a constant factor at major venues, Russia’s soccer team showed its promise for the years to come after its enthralling performances at the Euro 2008 and Russia’s soccer stars now grace playing fields across Europe, as far as England’s Premier League – and in the top clubs). As for Ice Hockey, as President Medvedev said, there are many victories ahead.

It is this approach which will help develop friendly relations and not points of conflict, as per Canada’s arrogant, aggressive and abrasive obsession with “owning the podium” in Vancouver 2010. It is an approach which may be contrary to the current vectors underpinning international sports associations, where big bucks mean that winning is more important than competing.

It is an approach which will imply that those who currently run the different sports modalities appear in public more with a smile and a handshake and less with criticisms of referees or praising one of the “lads” for a good professional foul which could have ended the career of who is after all a colleague in sport in another team.

Yet how refreshing it is to see 22 smiling young Russian basketball players standing side by side with President Barack Obama at the White House, in a frank and open climate of friendship. What a wonderful ambassador for the two nations sport can become.

The group of basketball players are the first to arrive in the USA as part of the agreement for sports exchanges between the two countries. Under the program, the Russian athletes and their coaches will come into contact with the way the sport is developed in the United States of America and these athletes will meet American basketball players from the NBA as well as from their own age group.

The twenty-two players are composed of ten boys and 12 girls, aged between 13 and 15. Accompanied by 4 coaches, their stay in Washington DC is between May 17 and 28.