We all knew it weeks before the game started, with accusations about doping being levelled at Russian athletes, and we all saw it on day one of the games, with the death of a Georgian athlete on a corner which miraculously was elevated the following day. Vancouver is not fit to hold the Winter Olympics. 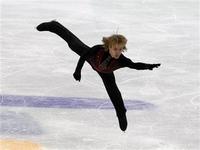 Far from being a question of sour grapes, Russian commentators were already expressing their reservations as to the integrity of the Vancouver Lobby being able to host the Olympic Games weeks before the start. After all the IOC was starting to fire off in all directions before the first aircraft arrived.

We already have the case of a Russian skier being hounded to produce a urine sample after qualifying for a race, and if she had given the sample, she would not have had the possibility of entering the following round. Natalya Korosteleva was asked to provide a urine sample during a half-hour pause between the quarter-finals and semi-finals of a skiing event. “This seems against all the rules,” she stated, as she refused to have the sample taken, alleging that if she did, she would not have had time to continue in the next phase. Why her?

We all know Canada has problems with the future lines drawn on Arctic maps and we all know Canada lives in the shadow of its larger neighbour to the south. The abject cruelty shown by Canadian soldiers in international conflicts is scantily referred to, as indeed is the utter incapacity of this county to host a major international event, due to its inferiority complex, born of a trauma being the skinny and weakling bro to a beefy United States and a colonial outpost to the United Kingdom, whose Queen smiles happily from Canadian postage stamps.

Maybe it is this which makes the Canadians so…retentive, or cowardly. So it is not exactly a huge surprise to have international skating experts from the four corners of the Earth criticising the decision to award the Men’s figure skating Gold medal to the US athlete Evan Lysacekv over the reigning Olympic Champion Evgeny Plushenko, whose superior performance was inexplicably ignored.

As Plushenko explains, “I did a great short program but did not get the marks I deserved. When I asked why, they told me I was skating early and they had to retain top marks for the last group…Then in the free program, I was the last to skate, did everything clean and still didn’t get the marks”.

Everybody who knows anything about Olympic skating, Winter Olympic sports and international politics will infer from the pitiful and dangerous conditions provided by the Canadian authorities, which already caused one death, that Vancouver is mutton dressed as lamb. Take off the outer veneer and the stench is horrific.

It is a surprise that any Russian athlete would wish to remain in that sort of environment for a second longer.