Another day of dismal results for the Russian Olympic Team which to date has three medals (one of each). To say that the best result of the day for Russia was eleventh place in the Women’s Speed Skating 1000 metres sums up what has been so far a very disappointing Olympics. However, Russia’s strongest events are yet to come. 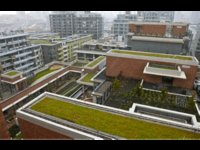 Still on Day 6, Russia’s four athletes in the Men’s 1,000 metre speed skating could do no better than 11 (Evgeny Lalenkov), 21 (Dmitry Lobkov), 22 (Aleksei Esin) and 38 (Aleksandr Lebedev) in an event in which the USA got Gold and Bronze and the Republic of Korea took the Silver.

The women’s curling team beat Denmark 7-3, the only positive note of the day, for the best Russia could do in the Short Track Ladies’ 500 metre finals was Valeria Potemkina’s 25th place, while PR China (Gold), Canada (Silver) and Italy (Bronze) lifted the trophies.

In the final medals event of day 6, the USA won Gold and Bronze and Finland the Silver in the Snowboard Halfpipe Finals (Men). Russia did not compete.

Russia did not compete in the Ladies’ Alpine Skiing Super Combined Slalom, won by Germany (Gold) with the USA and Sweden getting Silver and Bronze.

Canada and the Netherlands won the medals in the Ladies’ Speed Skating 1000 metres, while Ekaterina Shikhova came in eleventh, and behind her, Olga Fatkulina (20), Ekaterina Malysheva (27) and Ekaterina Lobysheva (28).

Russia is currently joint 11th with the Netherlands, while the five first places are the USA (15 medals), Germany (11), Norway (8), Canada and France (7).