The Russian flag is hoisted in Vancouver ready for the opening of the Winter Olympic Games, where Russia’s 175 athletes will hope to improve on the haul of 22 medals from Turin, 2006. 40 per cent of Russians expect judges to show an anti-Russian bias after unfair allegations of doping were referred to by IOC President Jacques Rogge. 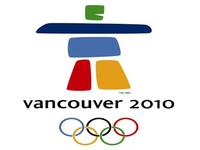 At the end of January, the Russian Olympic Executive Committee approved the list of the 175 Russian athletes who will compete in the Vancouver XXI Winter Olympic games from February 12 to 28. Yesterday the Russian flag was hoisted in Vancouver, Canada, as the Russian sailing tall ship Kruzenshtern arrived at the port with 200 students from the Baltic Academy, completing a journey that began on December 1, a journey dedicated to the 65th anniversary of victory in the Great Patriotic War.

In an opinion poll carried out by the Levada Center, over 40 per cent of those who took part consider that the judges will be biased against Russia in the Games, after International Olympic Committee President Jacques Rogge declared on Monday that the IOC was “concerned” about a number of doping cases among Russian athletes. Vice President of the IOC Arne Ljungqvist declared the following day that the doping problem in Russia is particularly acute since Russia is hosting the 2014 Sochi Olympics.

Why single out Russia?

If a Russian aircraft crashes, the international Press identify it immediately as “Russian” but if it is a Western-made aircraft it goes by the name of the make. “A Boeing”. Not “An American aircraft”.

Doping in sport has existed since ancient times. In Scandinavian mythology, athletes (called berserkers) consumed a potion made of “magic mushrooms” which made them “go berserk”. In 18 th century southern Africa, the potion “poo” was taken to enable people to dance better in ceremonial dances; the Dutch word “doop” described a potion made from Datura stramonium used by robbers to pacify their prey; in 1807 in London, the opiate Laudanum (opium) was used to help “gentlemen” increase their prowess in walking races; in the London Marathon in 1904, runners received injections of sulphate of Strychnine during the race to help them along.

A quick search on the Internet sees dozens, many dozens, of countries, involved in doping in sport, yet the name and association “Russia” appears as a constant factor. Why? If the United States of America has more than twice and almost three times as many “doping cases” as Russia…?

The Russian hockey team is included in the Top 10 World's Strongest in the run-up to the games in Vancouver. The report was published by the International Hockey Federation. Canada is second on the list and Sweden is third. The rating takes into account the last four world championships and previous Olympics. For women, Russia's team ranks sixth.