Russia’s glamorous female champion boxer Natalia Ragozina won a heavyweight belt with a knockout of Pamela “ Grenade ” London in her first fight in her native land, Russia. Natalia, who now lives in Germany, defeated Pamela “ Grenade ” London of Guyana. She moved up from super-middleweight class to contest the vacant Women’s International Boxing Federation (WIBF) heavyweight title. Her win set a new record in women's professional boxing. She was outweighed by 60 pounds, but managed to maintain dominance during the entire fight with great footwork and hand speed. 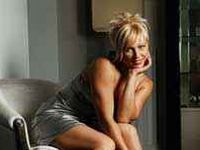 Natalia appreciated her opponent’s talents and mentioned how difficult it was to win against her. She has been happy as she had been able to fulfill the expectations of her fans and well-wishers, who came to cheer her.

She is known for wearing a unique outfit in every fight, such as a schoolgirl uniform or some other outfit involving a short skirt. She says, “Women’s boxing should look nice and feminine,” and that she likes "to do things with beauty and grace.” In an interview on television, she said that despite her glamorous image, most of her fans are females.

Ragozina entered the ring for her first professional fight in July 2004, after becoming a kickboxing and then boxing world champion as an amateur. Ragozina is 33 years old, nearly six feet tall, and the world's most-decorated female boxer. Her trainer is Vyacheslav Yanovsky, a Seoul 1988 Olympic gold medalist.

The media calls her "The Russian Tsarina." Natalia has fame not only in the field of boxing. She is a single mother with a nine year old son who has done photo shoots for magazines, including Penthouse. She is known for her out-of-ring modeling career. About her professional life she says, “ I’m a professional athlete. And I combine the two to make it look beautiful and dignified. ” Natalia improved her pro boxing record to 22 wins and no losses, with 13 knockouts.

She still wants to fight Laila Ali, the daughter of Mohammed Ali. However, Laila Ali has rejected several offers of fighting against her. When questioned, Ali said she does not want to fight anymore. "There is nothing left for me in boxing," she said. "Ragozina is better than many of the girls in the super-middleweight division. But she does not have even 40 percent of what she would need in her arsenal to beat me. I feel that she would last a little longer than some of my past opponents, but the end result would be the same. I would take her to school and knock her out."