To turn against the team which played so brilliantly and made everyone so proud little over a year ago at the UEFA Championships may seem ungrateful. However why should soccer players not be held accountable for their performance just like every other professional in every single profession? 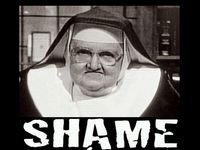 In a sport there has to be a winner and a loser and for the true sportsman, the joy is playing an opponent and doing your best. However soccer is not badminton, ping-pong or tiddlywinks. It is a national flag carrier and its players are therefore paid millions – in fact, perversely absurd amounts of money, true insults to the efforts of working women and men across the globe who may earn less in their entire lifetime than one of these long-haired, jewellery-bedecked, spitting, illiterate and unintelligible….creatures….makes in a month. For what? Playing four times, if that.

It can therefore be argued that a soccer player, if paid that much money, is accountable for his performance just like any other professional in any other profession. Managers are fired if they under-perform. Teachers are sacked if they don’t get results. Journalists are dismissed for pieces which do not live up to the newspaper’s reputation.

But not soccer players, for some reason. They still earn the same millions. They continue to drive their Ferraris, to buy expensive jewellery for the latest female to make a living out of hanging on to their arm or “performing” in their mansions and luxury penthouse pads.

The Russian national soccer team is no exception and fails miserably time and time again, with rare exceptions, to live up to the expectations of millions of hard-working women and men. Yesterday’s performance was a national disgrace, not just because the team which was twelfth in the FIFA ranking (Russia) was soundly beaten, over two games, by the team in forty-ninth position (Slovenia) but because two players were sent off – Kerzhakov for kicking at the Slovenian goalkeeper, before putting on a cowardly performance of amateur dramatics, rolling up in a foetal position and Zhirkov, for stupidity, playing around on the touchline like a ten-year-old instead of behaving like the high-level professional he pretends to be.

The technical capacity of Russia’s boys was visible to all in the 3-1 defeat of Holland in the UEFA finals last year. That was perhaps one of the most brilliant soccer performances ever witnessed in the history of the game. Yesterday’s game saw not even a shadow of that team being humiliated by a national side 37 places below it in the FIFA ranking. And why?

Because the players, collectively and as a team, are not fit to wear their shirts. Because to wear that shirt, you eat the grass. To wear that shirt, you feel the glory of Mother Russia, you feel the immenseness of Russia’s steppe, you hear the magnitude of Russia’s music, you sense the greatness and nobility of its tremendous culture which has defeated the most evil hordes history has known at a terrible sacrifice.

Yesterday Russia’s boys did not eat the grass. They did not feel the weight of their shirt and they did not feel the honour of representing their country, because they were more concerned with not getting injured, playing at half-steam because they give more importance to their clubs than their country. Yesterday was not Russia playing. It was Everton, Chelsea and Arsenal.

There are far, far, far more Russian boys out there who would represent their country with pride and for free. And who would defeat Slovenia over two games any day. Guus Hiddink must be very, very disappointed with them because they neither played with their hearts, nor with their heads.

One can only hope that Hiddink stays and next time fields football players and not the overpaid prima donnas climbing out of their golden Bentleys dripping with gold making a mockery out of the working citizens who pay their absurd wages. If they had an iota of shame in them, they would retire. Now!