Moscow, along with Athens, Bangkok, Singapore, and Turin, is one of the five official candidate cities bidding for the right to host the 2010 Summer Youth Olympics. A committee led by IOC Executive Board member, Sergey Bubka, is to evaluate the five cities seeking to be the site of the Youth Summer Games. 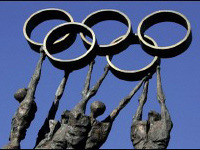 The committee considers it essential that the selected city be able to stage the Games within 18 months, a relatively short time for planning and making sure facilities meet IOC requirements. These cities will be analyzed by a panel representing the Olympic Movement, with a final announcement of the host city due to take place by the end of February 2008.

The panel would show preference to a city with a history of supporting youth sports. From the cites listed, only Moscow has such a reputation. "We do not need to build additional sports buildings, there are plenty of them in Moscow, they all meet all the technical requirements to hold Olympic-level events," a spokesman for the Moscow bid committee said.

Moscow is ready to host the inaugural 2010 Youth Olympics, the deputy Moscow Mayor said. "We are already prepared to hold the Olympics in Moscow. All our sports sites, the Olympic Village, and cultural and educational program are fully ready," Valery Vinogradov told reporters at a Moscow video presentation. In July, Sochi was awarded the 2014 Winter Olympic Games.

Host cities would need to spend US$30 million to US$40 million on infrastructure and lodging. The IOC will pay the travel costs and room and board for all athletes and judges, an estimated US$11. The money will come from IOC's funds and will not be drawn from Olympic revenues.

The city of Moscow is not only the capital of Russia, but also a traditional world sport capital that is more than ready to host competitions of any level, even full-fledged Olympic Games. The Moscow sports infrastructure is unmatched and offers athletes the best opportunity to prepare in a near identical setting for the Sochi 2014 Olympic Winter Games in Russia.

The Moscow 2010 project is recruiting 2,500 families to support free homestay programs to assist the families of participating athletes and will offer free access to children in need, thus providing an extraordinary, unique and inspiring experience for the athletes and the world. Chairman of the Moscow Sport Committee, Mikhail Stepanyants, said, "Moscow's main bargaining chips are its compactness, convenience, security and educational programs."