Varvara thought her affair with Sergei was just a fling so she did not think twice when she was offered a “highly paid” job in the United Emirates. However, all the promises proved to be a lie. The girl got into a scrape. And then she called the only person who could help her out. Sergei decided to come to the aid of Varvara the moment he got her call. 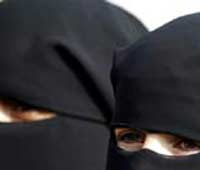 Varvara grew up in the city of Suzdal. She struck up an acquaintance with Sergei one day. The man was one of the tourists who arrived in the city. Sergei returned to Odessa two days later. The two of them began exchanging correspondence and telephone calls though the girl saw little prospect of their relationship. Varvara was quick to accept a job offer to work as a dancer in the United Emirates. Actually, she had nothing to lose in her home town except for her father, an alcoholic who was living at her expense. Varvara called Sergei shortly before moving to a foreign country. The man flew to Suzdal to bid her the last goodbye.

“Aren’t you afraid to end up in some brothel out there?” was a typical question Varvara’s friends would put to her while talking about the future. “Gimme a break, I’m to going to a Muslim country where really strict laws are in place!” Varvara would say every time she heard that kind of admonition. She was apparently fascinated by the glitter of a new life that seemed only a stone’s throw from her drab existence. More importantly, she was promised a handsome salary - $3,000 a month. Varvara did not think that the arrangement looked a bit fishy even after she was issued a passport whose bearer’s name was Lyudmila Ruslanova, a woman of 31 years. Varvara was quite satisfied to hear a “logical” explanation provided by her well-spoken recruiters: no foreign female personnel are allowed to work in the United Emirates in case they are below 30 and unmarried.

The attitude toward Varvara and other girls changed dramatically shortly after their plane touched down in Dubai. Members of a “reception committee” told the newly arrived that each girl had run up a debt of $5,000, and therefore had to work hard to pay it back, Sobesednik reports. The thugs made clear that they would be severely punish those who tried to get away. We have enough sulfurous acid for all of you, warned the slave drivers of modern times. Along with other girls, Varvara started working as a prostitute in one of the brothels in Dubai. Varvara still shudders at a sudden flash of recollection. It was sheer hell. The Arabs treated Russian girls like dirt. Customers who looked normal at a barroom would turn into real perverts once they got in a bedroom. Varvara was confident she would have gone to the dogs if she had not had a stroke of luck one of those terrible nights.

Sex slaves were allowed to use the phone once a week under the supervision of a madam. The girls were supposed to call their relatives and tell them everything was just fine. Varvara really lucked out one night after her customer, an American, had too much of a drink and allowed her to use his cell phone. Varvara dialed Sergei’s number and told him straightaway that she was in dire straits. She asked him to rescue her before it was too late. She did not tell him the name of a hotel where her brothel was located – she was afraid that the American might report her to the madam should he hear her mention it. Varvara just told Sergei that her joint was in Dubai.

Varvara’s call came as a shock for Sergei. Just a week ago he heard her stories about wonderful life, which turned out a downright lie. Although Sergei felt rather bewildered, it did not take him long to make up his mind. He decided to go to the United Emirates and save his girl. Soon he realized his search-and-rescue mission would cost him a pretty penny: thecheapest 10-day tourist trip to Dubai was about $700. Besides, Sergei had no idea how on earth he could locate his sweetheart is such a big city as Dubai.

Anyway, Sergei took a loan of $3,000 from the bandits after mortgaging his one-room apartment to them. He also had to sell his old car for $1,000 and borrow $450 from a friend. Then he bought a two-week trip to Dubai.

At first Sergei was shocked to find out that every doorman or waiter in Dubai could easily help him get in touch with a pimp. Girls were available at a rate of $100 an hour but Sergei somehow talked the “owners” into cutting the price for a shorter rendezvous, down to $30 for 15 minutes of love for sell. Ten days were gone. Sergei spoke about Varvara with fifty ladies of the evening he encountered over the period. None of them heard anything about the girl. Sergei was shown lots of pictures of those who worked in several houses of prostitution in Dubai. But he did not see the familiar face among those gaudy pictures. His visa was due to expire in a matter of days. He could have faced deportation with “entry prohibited” stamped on his passport. In a desperate attempt to find his girlfriend, Sergei opted to use a different tactic. A picture which he started showing to every new prostitute had Varvara and a scenic street of Suzdal on the background. “I reckoned that a Suzdal resident would surely recognize her town on that picture. And I was in luck. One of them told me ‘Gee, it’s my hometown’ after glancing over the photo. She finally managed to recall that a girl named Varvara had come to Dubai on the same flight. I asked her if there was a chance for me to see that girl. Well, she gave me the address of a fleabag but I had to pay her $100 to keep her mouth shut,” Sergei said.

The “hotel” did not provide pictures of the daughters of joy to their potential customers. Sergei had to play it blind. He just kept asking for a Russian girl. Varvara was the forth to be brought in. There were only $150 dollars left in Sergei’s pockets. The rate stood at $400 for a night of sex. Sergei was lucky again because three days earlier he met Lev, a guy from Israel who used to live in Odessa. The two of them joined forces to devise a plan to get Varvara out of the place. Their plan was a success: Lev paid for a night with Varvara at his room, he also paid for a room in a hotel on the other side of the city before checking out. Then Lev hopped the next plane bound for Israel.

“They took me to Lev’s room. He made a phone call and soon I saw Sergei entering the room.

I just burst out crying. I realized my nightmare was over,” said Varvara. However, other problems came into play. The girl had no documents whatsoever. After locking her up in the hotel room, Sergei made a quick ride to the Ukrainian Consulate. Officials at the consulate agreed to send him back home alone – Varvara was a Russian citizen. So the guy had to seek help in the Russian Consulate too. Both consulates helped the couple sort out their paperwork problems. The Ukrainians took care of Sergei’s expired visa while the Russians issued a temporary passport to Varvara. Before long the two of them boarded the flight to Odessa.

Varvara did not return to her home town. Sergei and Varvara are currently living in Odessa. Varvara works as a croupier in a casino. Sergei seems to be toiling night and day. Aside from doing his regular job, he also works on a carwash every other night. Sergei has not yet paid back the money loaned to him so his apartment is still held by the bandits. The couple lives in a small rented place in the suburbs. Their relationship is asexual because Varvara has not yet got over her Dubai experience.