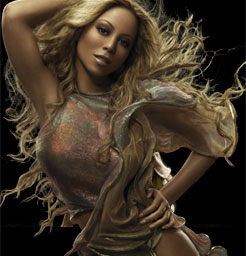 Lately a Russian tycoon has gone through a bit of embarrassment. He had always been a great fan of Mariah Carey. She has a strong voice and a stunning body though the latter is rumored to be a product of plastic surgery. In fact, oligarchs do not give a damn about the miracles of plastic surgery since they have to deal with silicone girls anyway.

The rich Russian was clearly trying to impress his favorite artist big time. He learned from experience that a fur coat would make the best present. A couple of fur coats would make a present. At least his female compatriots kept telling him about their fur coat dreams.

Any woman would love to feel the soft touch of a fur coat wrapping around her shoulders. And it does not really matter what that fur coat is made from. Of course, the statement does not apply to pampered stars.

According to different sources, the oligarch chose from two to eight fine fur coats worth around 5,000 pounds. The rich man was confident that the girl would be immensely grateful to him for the present.

But the present had an opposite effect on the singer. She was reportedly shocked and dismayed when she got it. The businessman apparently knew nothing about her attitude towards animals. Mariah is deadly serious about them. Just like many 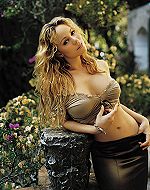 other celebrities, she is a vocal advocate of animal rights.

“The fur item sent by that man really horrified Mariah,” said a source from the singer's inner circle. “They are not close friends though she believes the guy should have known better before doing things like that. Mariah had the furs sent to the New York office of PETA, People for Ethical Treatment of Animals,” said the source.

Needless to say, the organization was pleased to get a parcel from Ms. Carey. “We are very excited about such a generous donation,” said a press secretary for PETA. According to him, members of the organization will be touring the States and use the fur coats as exhibits while lecturing teenagers on cruelty to animals.