Not all the myths concern legendary heroes and heroines of ancient Greece. Quite a few of them have to do with various aspects of sexual relationships. Although the myths are completely unsubstantiated, lots of people are still buying them as guidelines for their exploits between the sheets. Sexologists and psychotherapists are amazed at what some people still believe about sex. Let us expose the myths once again and forget them for good. 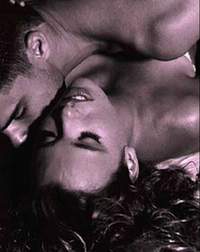 A woman cannot get pregnant during her period

It is also alleged that a woman cannot get pregnant during her defloration or if she has sex while standing up or she practices a vaginal douche (using vinegar or other acidiferous liquids) upon the sexual intercourse. The assertions are complete bull. In actuality, there is a chance that a woman can get pregnant during her period, particularly towards the end of her menstrual period. Besides, unprotected sex increases the risk infection by sexually transmitted diseases.

Advocates of various Eastern teachings are confident that practicing sexual abstinence or sex without ejaculation, for that matter, can only have a beneficial effect on men’s health. The ancient Chinese asserted that longevity of men would greatly extend if the latter lived a life completely devoid of sex. However, the male physiology proves the assertion totally wrong. Urologists are certain men must have sex at least two times a week. Sex is the best way of preventing prostatitis or the prostate gland adenoma. Recent scientific studies have shown that men who have sex on a regular basis live longer than those who are deprived of this form of sensual enjoyment.

Many believe than sexual arousal in men should occur unfailingly at all times and almost instantaneously. In reality, it does not happen like this. It is the norm for sexual arousal to build up gradually. It can lessen and intensify once again as sexual interaction proceeds. The stages are dependent on many factors. Even if a man fails to keep it up steady for a short period of time during the intercourse, he may doubt his virility or his woman may have doubts about her own sexual performance. The fears related to the experience often evolve into an auto-suggestion shared by both parties. If the above start to panic or cut their sexual congress short because they can “feel” that their physical response to it is weaker than expected, they are unlikely to succeed in achieving any sexual gratification.

Any kind of orgasm is always a mind-blowing experience

It is totally wrong to suggest that different people experience an orgasm in a similar way i.e. invariably huge and deeply intense, akin to the eruption of a volcano in one’s system. In fact, it is one of the commonest misconceptions.

Different people experience the climax of sexual excitement differently. Moreover, an individual’s orgasmic experience can run the gamut of pleasurable sensations depending on the circumstances. Sometimes it feels like stars crashing, it can put one in a frenzy of utter joy. In other cases, the climax bursts into the warm waves of ecstasy running gently through the body back and forth. The differences depend on the variability of sensations which accompany sexual interaction. Other factors e.g. the amount of time that has passed since the last orgasm took place, the partners’ physical and emotional condition, their attitude towards each other etc. play a vital role.

Orgasm is always obvious when it occurs in men

A male orgasm and ejaculation is not the same thing though in most men the former occurs simultaneously with the latter. Orgasm is the sudden rhythmic contractions of the muscles in the genital and pelvic area in both sexes. The contractions effectively relieve a buildup of sexual tension and psychological sensations related hereto. Ejaculation is the discharge of semen from the erect penis at the moment of orgasm in the male. However, ejaculation may occur without the sexual climax. Prepubescent boys may often experience orgasm without ejaculating. The same may occur in men who have pathologies of the prostate gland or take certain medicines. Patients diagnosed with certain neurological conditions may ejaculate without achieving orgasm.

The myth about the inferiority of a clitoral orgasm was originated by Sigmund Freud. Freud believed that women could experience an orgasm of two types, either a clitoral orgasm or a vaginal one. According to him, a woman can experience a clitoral orgasm by stimulating her clitoris without engaging in the sexual intercourse. A clitoral orgasm indicates psychological immaturity, concluded Freud. On the contrary, he viewed a vaginal orgasm resulting from the sexual intercourse as the sign of maturity. In terms of physiology, an orgasm brought out by the stimulation of the clitoris does not differ from the one that occurs in the process of sexual intercourse. However, the two types of orgasm do vary when it comes to intensity and degrees of sexual satisfaction achieved thereupon. The pleasurable sensations and their intensity depend on the level of one’s perception, while a number of factors contribute to the degree of satisfaction.