Men lie for no reason because women make them to

Do you want to know the reasons why men tell lies? Those reasons are asking to be seen. 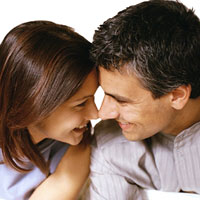 Men lie for no reason because women make them to

First off, a man lies to a woman to gain her approval because he simply cannot do without it. Second, he lies to prove that he can really stand out in a crowd, and therefore he deserves to find favor with her. And last but not least – he lies to her because it is easier for him to cut corners that way. Telling lies also helps him to get off scot-free when problems arise.

Lots of men are no strangers to telling lies when it comes to a relationship. An inexperienced woman may be easily tempted into biting bait and hence get caught. Below are some of the most typical expressions men use in order to disguise their true intentions.

The statement “I like smart women” really means: “Well, I have to admit you’re brainy but please don’t you prove it to me. Nobody likes smart-alecky comments, especially me, the guy who’s so unsure of himself.” Alternatively, it can read like this: “I don’t really think you’re intelligent. And I know you’re ready to do your best trying to prove the opposite. To make your point, you’re ready to do whatever I want you to do.”

He says: “I never go to bed on my first date.” It means: “I’m ready to make love to you right away but I’m not going to tell you this until I’m pretty sure you won’t tell me ‘no’.”

He says: “I’m looking for a woman to form a steady relationship. However, I may be the wrong kind of guy for such a relationship.” It means: “You’re okay for the time being. But I keep my eyes open.”

He says: “I’m not as good as I seem to be.” It means: “Don’t you get upset when I dump for another girl because I told you so.”

He says: “I treasure my solitude. I got used to being alone.” It means: “No way I’m going to give you a key to my apartment. I may need it in case I pick up somebody else.”

He says: “Sex doesn’t play a big role in my life.” It means sex is always on his mind.

He says: “I like the way you scream and moan when we make love.” It means: “You’d better stop moaning that loud. I hate waking up my neighbors in the middle of the night.”

He says: “I’m doing pretty well at work.” It means: “I’m at the point of losing my job (or going broke.”

He says: “I believe it’s about time I made my own choice.” It means: “I’m leaving you.”

Make use of the above tips if you made up your mind to get him to come clean at all costs.

Pay close attention to your man’s delivery. He must be lying to you if he suddenly begins to stutter and stumble along. He may as well use lots of interjections or some lofty expressions or clichés that are out of character. Take note of his gestures if you want to know whether he is playing fast and loose or making a genuine confession.

The gestures that give a liar away

He holds his hands up about his face while speaking – a main give-away.

He holds his hand over his mouth while speaking (his brain has sent a subconscious order to hold back the lies). He rubs his nose (blood rushes to the tissues of the nostrils when a person feels stressed-out; therefore he tries to relieve the strain by touching his nose). He rubs his eyelid (an attempt not to look in the eye of a person when telling him a lie). He scratches his neck and pulls at the collar of his shirt (telling lies causes irritation of the delicate tissues of the face and neck as the sweat glands of the skin work harder).

A man turns away from you as you take the floor (somewhere in his subconscious he hopes that your words will go astray). He folds his arms over his chest (he builds up defenses to ward off your suspicions). He puts his hands on his hips; fingers pointed to his scrotum (a typical male posture of aggressiveness).