When a woman realizes that she can earn enough to gain freedom and the future of happiness, she may often hesitate if she needs a husband at all

Several years ago, the society was inclined to feel pity towards single men and women. It was believed that a woman would risk to remain an old maid if she did not marry in time. And the society liked to warn single men of unhappy old age coming when there will be nobody by their side to take care of them. 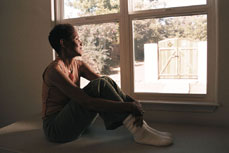 Nowadays, people often discover that they cannot devote too much time to their families. At the same time, men and women have got equal opportunities for having good education, a successful career rise and consequently high wages. And when a woman realizes that she can earn enough to gain freedom and the future of happiness, she may often hesitate if she needs a husband at all.

If it happens that a wife begins to earn more than her husband, she will still have to run the house, cook meals and take care of her man and the family. It is a mistake to expect that a husband will run the house instead of a wife if the latter begins to earn too much to maintain the family. This means that in addition to rapid activity in the office women have to devote much effort to running the house and caring about the family. And there is no one who agrees to take the housewife role over.

At the same time, it often happens that successful husbands do not wish to devote much time to sitting at home with children and do things about the house. Successful men want to lead interesting lives, to acquire more knowledge and meet new people to develop professionally.

Those families where partners love and respect each other easily reach a compromise: they may find a woman to take care of the house and cook meals, to have a baby sitter, often have dinners somewhere out and from time to time have entertainment separately. If a couple fails to compromise in this complicated situation and even indulge in mutual reproaches, they take a risk to break the family.

At that, men suffer more than women in case they are abandoned by wives. Today, the mean age crisis is typical of very young men. Already at the age of 20-30, men feel the burden of bank loans, debts and unemployment. British researchers state that every tenth man feels anxiety and treats the life as a never-ending struggle where he needs to achieve high living standards, have a good apartment or even an individual house, to go to exotic countries for trips and have enough spare time. At that, the anxiety gets even deeper in case a man has children (which is typical of majority of men by the way) and health problems. Men easily fall into depressions because these serious ambitions may not always be realized.

Depressions may cease by themselves or with the help of a psychologist. Deeper crises may entail suicides. Statistics shows that the incidence of suicides among men under 45 in Europe has doubled, while the showing dropped among women of this age and among elderly of both genders.

Women easily cope with depressions because they can better adapt to the situation. Today, many women can maintain their families even having no husbands at all.

People say that being single is advantageous indeed. This first of all allows to experience something new, to travel a lot, have much fun and succeed in career. Women often appreciate the advantages too much and will not marry to change the happy life for an unhappy family routine. That is why many women today prefer to stay alone. They are career-focused, successful and happy people. In England, 48 percent of the population are single and feel absolutely happy because of it.

At the same time, Japan is really anxious because of the problem: the population is speedily decreasing because Japanese prefer to remain single and have little children. Even married Japanese have sex not more than once a month and may have no children at all. The number of schools is reducing because there are not enough children of the school age in Japan. Experts warn that because of the problem Japan will even fail to remain the world's number two economically stable country. In this connection, the Japanese authorities want to review women's status in the society. Indeed, today many successful and financially independent Japanese women will not marry and have children.

The single way of living is not ultimate for many people. Often, these successful people decide to have families and children by the age of 40 when they have traveled a lot and have wonderful careers. Such marriages are often very stable because spouses are as a rule self-confident and successful people who do not need to prove anything to each other.

People should remember that not the amount of wages and who earns much money really matters in family relations. It is important to know that you are loved and have support of the caring family.