Attitudes to adultery vary in many countries of the world

Mario Vargas Llosa, a well-known Peruvian novelist, reportedly slapped Gabriel Garcia Marquez, a well-known Colombian novelist, on his face 31 years ago. A Spanish news agency suggested that the incident marring the relations between two illustrious writers had stemmed from a woman. It is a commonplace that hot-blooded Latin Americans often fight over women. The new details that were recently made public clearly indicate that a woman was behind the fallout. According to reports, Marquez was “giving comfort” to Patricia, Llosa’s wife, while her husband was away. No further details as to the nature of comfort provided by Marquez to Patricia were available though Llosa was quoted as saying “here’s my payback for things you did to Patricia in Barcelona” shortly after the incident. 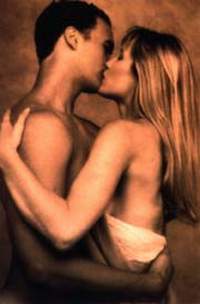 Attitudes to adultery vary in many countries of the world

Latin Americans are not unique when it comes to things people do when they find out that their spouses or lovers have been unfaithful to them. People of all nationalities can get upset or fly off the handle after learning of an act of adultery. Contrary to a popular belief, the French do not take extramarital affairs for granted. Just a handful of French males – about 4% - are reported to have cheated on their partners last year. At the same time, the French could shut their eyes to their president’s flings. In our time when marriages rest on love, monogamy is believed to be the thing widely sought after. People cheat on their partners on the sly. The methods of making up for committing adultery differ greatly in different countries.

Adultery is rather a social problem than a moral issue in Russia. According to the 1998 opinion poll, almost 40% of the Russians believed that an act of adultery was either “never a mistake” or “sometimes a mistake,” compared to 6% of the Americans who shared the viewpoint. Moscow psychologists say that an affair appears rather inevitable for those Russians who have to share their two-room apartments with in-laws. The number of Russians living in such deplorable conditions is high.

No nationwide survey of sexual practices has ever been conducted in Russia. However, the 1996 opinion poll found out that more than a half of Russian males and a quarter of women had admitted to cheating on their spouses. To some extent, money can offset the emotional pain caused by adultery once it comes to light. According to female respondents, an infidel spouse would typically buy a fur coat for his wife or pay for her vacation at a sea resort in Turkey.

The Japanese believe that an affair is a lesser crime than indiscretion associated with it. A 40-year-old female resident of Tokyo was reportedly fuming when she came across a present her husband had received from another woman. “He broke the rules. The rules say that your partner is not supposed to learn of an affair you’re having,” the woman said.

The Americans appreciate monogamy. They are said to appreciate honesty even more. Following the introduction of less complicated divorce legislation in the 1970s-1980s, and a dramatic increase inpopularity of psychoanalysis for solving marital arguments, the Americans apparently decided that marriage should imply maximum transparency, no holds barred etc. They came up with a unique mantra for cutting the ground from under adultery: it is not sex, it is a lie.

Spilling the beans at length about an affair is thought to be a popular American method of treating infidelity. Spouses may spend lots of time and thousands of dollars while meticulously reconstructing an affair in the office of their psychotherapists.

However, a sense of moral guilt could weigh heavily on a person even after he got the nasty secret off his chest. The founders of the United States believed that the nature of their new state should be solidly grounded in the family values.

Moreover, they believed that the voters’ decent behavior in private life was of paramount importance for the state; hence the emphasis placed on a monogamous marriage. As far as I am concerned, the United States of America is the only country where celebrities apologize to their employers and the public for committing adultery. The adulterous politicians and movie stars often repent in public because they are afraid to be linked up with corruption and hypocrisy in the eyes of the common people, their voters and fans.

The French are astonished at the way the Americans go public with their extramarital misbehavior. Many French people are said to sink into the grave without revealing secrets related to adultery. Although the French advocate monogamy, they do not suffer from a pang of guilt after having an affair, by and large. A spouse’s private space is not to be encroached upon, and nobody is keen to learn unnecessary information.

The Latin Americans are notoriously unfaithful when it comes to marriage. The Latin American men are arguably the second the list of the world’s most adulterous males. Only the African men from sub-Saharan countries reportedly outshine them in terms of adultery. The Togolese men lead the charge; 37% of them admitted to having more than one sexual partner last year, according to a survey. Men from the Dominican Republic seem to be the most impetuous of allLatinos; about one-fifth of them who were either married or involved in a steady relationship admitted that they had been unfaithful last year.

About 13.5% of married Peruvian males admitted cheating last year, according to a survey.

Peru is a home country of the aforementioned novelist Llosa. According to a new biography, Marquez had a good chance for giving comfort to Vargas’ wife – Vargas was reportedly having an affair with a flight attendant in Stockholm at the time. Until recently, the judiciary in some Latin American countries has been rather lenient toward cuckolds who committed crimes of passion. The Supreme Court of Brazil finally passed a law banning the right of a husband to kill an unfaithful wife and her paramour. The law was passed in 1991.