There are women seeking romantic relations with married men only: they like to attract and tame them. How do experts explain the phenomenon? What are expert recommendations to wives who suddenly find out that such rivals in love appear in their happy family lives? 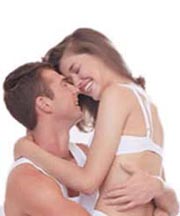 Ladies in the second group seek no marriage at all. They want no family; they sometimes wish to have a baby when they get older. There are not many women of the type among us, however their share in the female population is increasing today. These women will never openly declare they want no family; on the contrary they always tell their relatives and friends they do want to have families. But in real life they date and love only married men.

Women in both groups highly appreciate men having families and children and absolutely ignore unmarried men. They think that married men having happy families are respectable and reliable, and single men are light-minded and superficial. This is strange that women reveal such estimates of men at very young age. Experts state this is typical of girls who were brought up by single mothers or by both parents where they had no emotional contact with fathers.

Deeper research however reveals that women seeking contacts with married men do not believe they are able to evaluate a man correctly, to understand his character and value. They can love a man only when his value and position in the male hierarchy are estimated by some other woman, his wife. What is more, such women usually run after successful men, they ignore losers.

Women in the first group seek marriage with those men who are happily married now; they want to have families with reliable and respectable men. They often succeed in the attempts. Romance with a married man is really inconvenient and humiliating: married men spend weekends with families only, they may have telephone conversations when being in the office only and never at home, dates with such men are infrequent. But women seeking marriage with reliable married men are ready to suffer any problem on their way to realization of the dream. Finally, men realize that their mistresses are absolutely passionate, devoted and loving and abandon their families to have new ones with their mistresses.

Women of the second category want no marriage at all for two reasons basically. First of all, they are afraid of a close emotional contact with a man. The complex gets formed in early childhood when girls have impulsive and rough fathers. In this case women feel absolute tension, anxiety and even fear when living with a man; as a result they break up with men in a year or two.

There are also psychasthenic women who feel they will not endure to constantly live with a man, to take care of him andchildren. Psychasthenia is usually typical of women with high intellectual faculties and delicate emotions. Women suffering from psychasthenia are believed to be normal women unluckily loving married men. Usually, the problem gets settled by the age of 30-33 when women strongly objecting to marriage begin to wish to have a family; but it is problematic for women to get a family at this age.

Single women are generally more vulnerable from the psychological point of view. They are devoid of husband's support, and what is more they have no chance to learn man's steadfastness and protection from psychic traumas which married women usually learn from their husbands. Men and women can adopt better qualities of each other only during happy and long marriage. No long and passionate love affair gives women a chance of adopting better qualities from men.

Within the past ten years, the society has got particularly focused on the problem of female hunters for married men. Indeed, the problem of break-up of happy families living for 15 years and longer has become really burning today. When husbands abandon their wives aging 40 and more, the latter may spend years in depression caused by the tragedy. Today, every fifth mature family gets broken, and soon the showing will even increase. Sociologists state that in fifty years, every third woman at the age of 40 will be abandoned by her husband.

Psychotherapists are inclined to believe that the problem arises from peculiarities of men’s psyche. But researchers from different countries have arrived at a conclusion that in fifty per cent of instances men abandon their wives for young women seeking marriage only with married men.

Often, wives behave feeling they are too secure in their happy family life and believing their husbands are faithful. But women should remember that all men evince considerable interest in new women and may get into traps of those who particularly seek marriage with happily married men. Such girls may break even happy families living together for 15-20 years.

Experts recommend wives not to leave husbands alone for too long and spend vacations together so that to avoid men’s contacts with other women seeking break-up of your family. Do not decline husband's sex efforts even if you feel not inclined to have sex.

If it happens that your husband begins to date a young woman, be wise and not kick up a fuss: scandals will just encourage your husband to leave the family. It is important to let your husband understand that his mistress is an ordinary woman and it makes no sense to abandon the family for her sake. Tell your husband that his new passion has been always seeking marriage with already married men and never was alone in fact. This fact may disillusion any man even if he is seriously in love with a new woman.