Most cosmetic and household chemical products still tested on animals

All of us heard the slogan “Save the tree – kill the beaver!” and saw weird photos featuring naked people spraying paint on designer outfits made of natural fur. However, we are not going to debate the activities of such organizations as Greenpeace or PETA in this article. We are not going to make an appeal aiming to pull the plug on the consumption of meat and meat products either. Eating meat is a physiological process occurring quite commonly in nature, by and large. 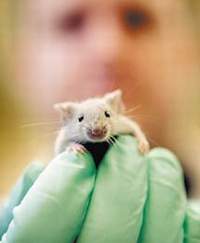 Most cosmetic and household chemical products still tested on animals

In fact, it would be ludicrous to blame a lion or a tiger for eating other animals. On the other hand, it is even more ludicrous to imagine a tiger eating thousands of antelopes just for the purpose of whitening its teeth. Ludicrousness aside, humans have been using animals for similar purposes for quite a while.

Thinking of the soul

Humans started using animals as guinea pigs in about 18th century as the philosophical doctrines of Rene Descartes gained more popularity. According to Descartes, animals are soulless creatures, and therefore they cannot feel any pain. With the above premise in mind, Descartes believed that the movements and sounds made by animals were purely mechanical phenomena.

The concepts coupled with rapid scientific progress resulted in a widespread use of animals in research and experiments. For a considerable period of time, that kind of attitude towards animals became firmly fixed in the mind. The first actions against cruelty to animals took place only in the 19th century.

A law banning research involving experiments with animals without the use of anesthesia was passed by British Parliament in 1878. A society for the protection of animals was founded in France in about the same time. Well-known poet and novelist Victor Hugo headed the society.

The 20th century saw the campaign against cruelty to animals finally taking shape. Not only prominent public figures but scientists themselves voiced their disapproval of a widespread use of animals as laboratory material. A number of measures aiming to restrict the testing of cosmetic and household chemical products on animals were taken at the turn of the 21st century. The use of animals for the above purposes was completely banned in Britain, Belgian and the Netherlands. A similar law will be enacted by the EU in 2007.

All cosmetics products and household chemicals e.g. creams, lotions, shampoos, and detergents are to be tested to find out whether they can irritate the human skin and mucous membrane. The products are also tasted for general toxicity, mutagenic and carcinogenic effects.

The Dreise test is commonly used to determine irritating effects of a substance. Rabbits play the part of a guinea pig in this case. The rabbit is restrained by means of a special mechanical device. Then an amount of substance e.g. a washing-up liquid of the popular Fairy brand is applied to the cornea of a rabbit’s eye. Then the lab personnel start watching the cornea undergo changes until the complete necrosis of the former takes place. The dying-off of the cornea may take up to two weeks to complete. Rabbits are used for the tests because they have no glands that produce tears, and therefore a substance under research cannot be washed away.

Skin irritation tests are carried out on various animals. Household chemicals e.g. Comet cleaning powder are usually rubbed into the animals’ skin that is scratched or cut for the purpose. Needless to say, animals go through a great deal of suffering during the tests, which are conducted without the use of anesthetics. Rabbits involved in the Dreise test were often reported to break their necks while trying to free themselves from the restraints.

An alternative approach to product testing

It seems fairly logical to ask one simple question after painting such a grim pictureof animal testing: Isit possible to sell products to consumers without testing the former on animals beforehand? The answer is, without doubt, “no.”

It is not our intention to doubt the benefits and feasibility of product testing. We would like to draw attention to some alternatives that may be and should be used for testing consumer products. There are special computer programs for estimating detrimental effects of a given substance depending on its concentration or combination with other substances. Second, there are more civilized methods of product testing e.g. the use of cells and tissues in lieu of animals. The aforementioned Dreise test can be conducted on the shell of an egg. Finally, some people are ready and willing to test products on themselves provided that their efforts are properly remunerated.

There is yet another aspect of the problem. Despite numerous attempts to ensure a maximum compatibility of animal testing models with characteristics of the human body, tragic incidents seem to be unavoidable. There is evidence that products tested on animals can at times pose a real threat to humans. The notorious side effects of the drug talidomyd fall under the classic example. The drug was marketed in the mid-1950s as an effective remedy for relieving pregnancy-related toxicosis. Many expectant mothers took the drug in 1956-1957. As a result, their offspring were born with sever congenital malformations including the absence of extremities. The tragedy occurred despite the fact that the drug had been repeatedly tested on rats, which reportedly gave birth to normally developed offspring.

Taking into account the reasons and circumstances mentioned above, there is one more question waiting to be asked: Why is animal testing still a common practice during manufacture of a wide range of consumer products? The answer to the question is regrettably simple and trite: money. Companies would have to allocate funds for switching to more humane methods of product testing. It is obvious that companies would rather spend funds on product advertising or market expansion.

Russia’s market of cosmetic products and household chemicals is stocked with brand-name products mostly manufactured by large transnational companies: Johnson & Johnson, Colgate-Palmolive, Procter & Gamble (more than 50,000 animals die each year during animal testing carried out in the laboratories of the latter). All the above companies test their products on animals. It seems that “cruelty-free cosmetics” are something akin to a fern’s flower. In actuality, such cosmetic products do exist. As a rule, the companies manufacturing such products do not launch aggressive advertising campaigns on the market. Consequently, their product names are not so popular with the consumers.

The products of those companies often bear special labels indicating that products are made “without animal testing or animal by-products.” The products are also marked with special symbols in the shape of a rabbit enclosed in a circle with a line drawn across.

The products bearing such labels are mostly marketed in European countries; it is hard to find them in Russia.

In other words, Russian consumers should not have any second thoughts when choosing cosmetics and household chemicals in a store. Those who do not like Nivea products may as well try Chanel for a change. Likewise, those who cannot afford La Prairie should go for Green Mama products.

As a rule, certified organic and natural ingredients are actively used during the manufacture of “cruelty-free” products – another argument in favor of this kind of cosmetics and household chemicals. The human skin and hair and the environment alike can only benefit from the use of such products.