The mother of the child rejected the offspring immediately

A rather unusual child was born in the lying-in hospital in the town of Serpukhov. The baby's legs were fused and resembled a fish tail. The developmental abnormality is called sirenomelia or sympodia. 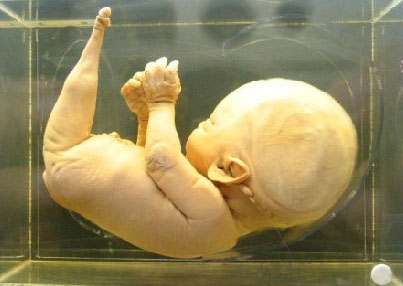 A local website reports that the mother of the child rejected the offspring. She reportedly said that she did not need a monster and left the premises right away.

According to doctors, the “nymph” mother's life style was pretty loose. “A wide range of factors including STDs and genetic conditions could cause the congenital malformation,” said the chief doctor of the lying-in hospital, Vladimir Kim.

Medical statistics show that one case of sirenomelia occurs per 70,000 births. Children with such an abnormality normally last for several weeks or months. The Serpukhov “nymph” died a week later it was born.

Doctors were quite amazed after they autopsied the body of the child. The child's internal organs were either substantially disfigured or missing altogether. One kidney was sitting in the pulmonary area, the other one was in the vicinity of lower extremities. There was no sign of reproductive system. The heart of the child was a three-chamber organ just like of amphibians or fish.