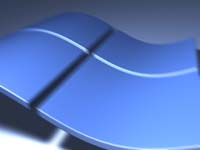 “The case of Mr. Ponosov is of criminal origin, and therefore the prosecutor’s office decided to start legal proceedings. We believe in fairness of the Russian judiciary and respect the stand of the Russian government on the protection of intellectual property rights,” a Microsoft representative was quoted as saying.

Microsoft denied the request for clemency despite opinions expressed by several Russian government officials who followed suit of President Putin and spoke against the prosecution of the high school principal.

“Alexander Ponosov is a teacher who committed himself to educating children. A salary paid to the teacher for his work is rather modest. There is simply no comparison between his salary and that paid to an ordinary staff working for your company. Now Alexander Ponosov is facing several years in jail,” says the letter sent by Gorbachev and Lebedev to Bill Gates.

The authors of the letter stress the point that the school teacher bought the computers with preinstalled software. However, those who supplied the computers “are out of sight for the law enforcement agencies.” “Under the circumstances, we request you to show leniency and withdraw the claims to Alexander Ponosov. The withdrawal of claims would greatly encourage those who use the Microsoft products in Russia,” says the letter.

Issues relating to intellectual property rights protection and piracy crackdown in Russia remain a stumbling block in the talks for Moscow’s admission to the World Trade Organization.

No doubt about it, taking the property of another without permission or right is bad. After all, thievery is a sin. Speaking of stealing, I have a couple of questions to ask. Take a look around, and you will see tons of stuff being stolen on a daily basis. Natural gas, crude, timber, lands, pensioners’ money, and investors’ dividends – you name it. Did the authorities take action and set things to rights across Russia? Did they really uproot thievery in every corner of this country? Bringing a rural school teacher to justice seems to be the only case left on the agenda of the prosecutor’s office for the authorities to declare that Russia’slaw and order is topnotch.

Why did they launch an important campaign against piracy by singling out the principal of a village school as some kind of a scapegoat for the American billionaire? First off, why did not they start the campaign by punishing bankers and tycoons? Why do the Russian law enforcers protect Bill Gates, the American tycoon, instead of protecting Alexander Ponosov, the Russian school teacher?

Why do we admire the Japanese for showing lots of enterprise as they shamelessly copied or simply stole the best foreign technologies at the beginning of Japan’s postwar reconstruction? Why do we applaud the Chinese who are very good at making counterfeit sneakers and SUVs? The Chinese maybe soon start launching counterfeit rockets. The question is: Why should the authorities prosecute a Russian school teacher who was not involved in the manufacture of a counterfeit product? Perhaps he had no idea that he was buying pirated software. For a start, a legal version of Windows retails at around 7,000 rubles (about $270).

How on earth can a rural school teacher get the money for buying 20 legal versions of Windows? An average school teacher’s salary in the Perm region (Ponosov’s school is in the village of Sepych of the Perm region, about 1,000 miles from Moscow) is nearly two times smaller than a retail price of the Microsoft product.

Incidentally, the personal wealth of Bill Gates, a billionaire who has the virtual monopoly in the computer software market, is estimated to worth $56-58 billion. Bill Gates, the victim of the Russian “thief” Alexander Ponosov, has been on top of the Forbes list of the world’s richest people for more than ten years. Here comes the funniest part of the story. Bill Gates unveiled his plans to retire from Microsoft last summer. He said that he would focus on his work in Bill and Melinda Gates Fund, a charitable organization set up by Gates. The fund’s main goal is to provide financial support to educational and public health institutions around the globe. Meanwhile, the Russian school head has been officially charged with violating copyright law and using pirated Microsoft software. In light of the above, Bill Gates, the self-proclaimed benefactor of education, looks somewhat suspicious. I wish I could see Bill Gates donating legal Microsoft products and a few complimentary computers to the school in the village of Sepych one of these fine days. Well, my dreams may come true when pigs fly.