Putin's daughters become students of one of Russia's best university

There is a great confusion in St.Petersburg State University. Staff of the university's department gives no comment and their typical answer is “we have clear orders from high officials!” The reason is of governmental importance: Russian President's daughters Katya and Masha have been admitted to the best university of Russian northern capital St.Petersburg. 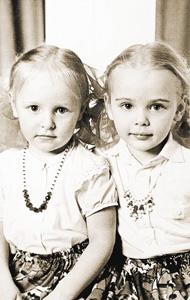 Masha is 20 and Katya is 19. Thirty years ago their father graduated from the Department of Law of the same university. Higher-class entrants were taking exams together with the others in accordance with the usual procedure.

Igor Gorlinsky, the dean of the department of biology and soil science, where Masha Putin is going to study, says it was out of the question to let other entrants know who were sitting in the same room with them. “I do not know 'student No.1' myself yet”, he confesses.

During 15 years of working as a dean at the department Gorlinsky happened to present diplomas to the students whose names were too famous to be pronounced in public. The department's staff claim that they found out about Katya and Masha entering the university only by chance: the girls had to fill in the standard entrant's form.

Copperplate handwriting read “Putin Maria Vladimirovna”. “President of the Russian Federation” is written in the “father's profession and place of employment” part.

Masha received 8 out of 10 possible scores: 4 for the written exam in chemistry and 4 for the written exam in biology. She also passed the Russian language part at the Unified State Exam. The competition at the department of biology and soil science came to almost 3 meaning that 1 out of 3 entrants could be admitted. 90 people were admitted to the department this year.

Igor Gorlinsky says that it is rather difficult to study at his department and it is knowledge that counts, not the name.

Katya Putin is going to study Japanese history at the oriental studies department. Press-service of the President Putin did not provide any information on the subject. During a meeting with Moscow State University students in January this year Putin said that his daughters who had been privately tutored at home for security reasons wanted to study in Russian universities.

On the photo: The two daughters of the Russian president, Katya and Masha, at their young age