Women seem to use a mixed strategy for forming couples

Women inclined to form solid marital relations love the smell of self-confident studs. In this case men should pay special attention to days suitable for conception. If the above factors are in place, any teenager with a pimply face can play a Casanova. As the ovulation time draws nearer, women of the above group get in the mood for a bit of infidelity, according to a team of researchers headed by Jan Havlicek at the Karlov University in Prague. The study shows that women during their menses love the smell of a domineering stud. In the meantime, they do not find it appealing at all once their menstruation is over. On the contrary, lonely women always disregarded the same smells. 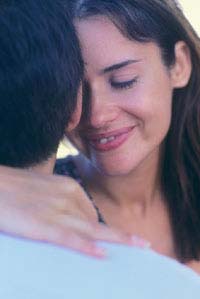 Researchers came to a conclusion that women seem to use a “mixed strategy for forming couples.” They are attracted to domineering species due to purely biological reasons. However, they opt for more sensitive males when it comes to procreation and family experience. Sensitive men are thought to be good fathers. The findings of the study are published by Biology Letters of the British Royal Society.

The experiment involved 48 male students from 19 to 27 years of age. Every student wore a short woolen cloak for seven days. The used garment was later evaluated by 65 female participants at a-7 point “sensitivity” scale. The students had to refrain from using alcohol, tobacco, spicy food, and perfume to keep their bodily odors intact.

“My explanation is that the mind and the sense of smell interact as to the menstrual cycle and the choosing of a candidate to form a couple,” says Jan Havlicek.

Specialists claim women would rather get involved with self-confident and strong men. Women long for the machos with “excellent genetic material.”

“The study was carried out in Britain, though I really doubt that we would have arrived at the same conclusions if it had been conducted somewhere in Argentina or India,” says Jan Havlicek.