As regards the foreign tourists who were in Sharm El-Sheik at the time of the latest terrorist attacks, around 30 percent of them decided to pack their bags and go home. In the meantime, 70 percent decided to continue their holidays. Besides, if we take into account the newly arrived tourists, a decrease in the number of tourists has not had a significant impact on the Egyptian tourist industry so far. However, the attack caused damage to the economy. The above information was revealed by Rauf Saad, Egyptian Ambassador to the Russian Federation during a press conference recently held in Moscow. The majority of those who decided to stay on the Egyptian resort were Russians. 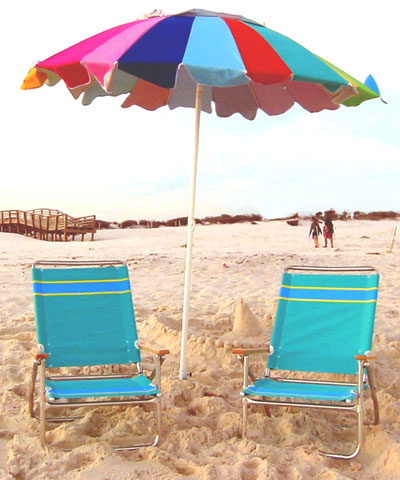 According to Mr. Saad, Russian tourists are invariably fatalistic and therefore they will be heading for the Sinai Peninsula just like they did before. There are just a handful of other tourist destinations that enjoy the same level of popularity with Russians. Last year Russian tourists were the third largest group of holidaymakers in Egypt. Local tourist authorities estimate that the Russian tourists should move up to the second or top position this year. No wonder, the situation gives them extra priority over other tourists. The Egyptian Minister of Tourism, Ahmed El-Mahrabi, is expected to visit Moscow shortly. He is going to hold a number of meetings with Russian tourist agencies and their customers in Moscow and other Russian cities in order to “restore calm among the tourists,” according to Mr. Saad.

Meanwhile, experts will be able to assess damage to the Russian tourist market in two or three weeks following the recent tragic events in Egypt. According to Russian tourist agencies, the above period of time will be required to complete demand rehabilitation. Demand dropped by 40-50 percent shortly after the bombings, according to data provided by the Russian Union of Tourist Industry. However, just a few customers canceled their prepaid reservations, according to Irina Turina, spokeswoman for the Russian Union of Tourist Industry. As foreign tourists were fleeing Sharm El-Sheik in large numbers during the weekend, a Russian charter plane took off half empty on Sunday. Not a single tourist opted to board the plane and return to Russia. Moreover, several Russian tourist agencies received a few requests from the Russian tourists based in Sharm El-Sheik. They wanted to extend their stay at the resort. Only ten percent of Russians with prepaid tours change Egyptian destinations to Turkey or Tunisia. Tourist agencies representatives call the current situation around Sharm El-Sheik a “lull.” However, nobody is panicking and nobody is going to cancel additional charter fights scheduled for August. “We should not expect a sharp drop in prices either because summertime prices are merely five or ten percent above their cost price,” said Irina Turina.

Russian tourists abroad have long developed a reputation of “fearless people.” Looks like Russians have a few competitors breathing down their necks. Geopolitical factors and calamities are thought to be the biggest detriments to the tourist industry. However, it used to take years to restore the tourist attractiveness of an area that survived a terrorist attack or a natural disaster. These days the recovery process takes several months if worst comes to worst. For example, it took Egyptian authorities about 18 months to put things back on track after a few foreign tourists were gunned down in Luxor in 1997. In contrast with the above, last year's terrorist attack in Tabe went into oblivion by the beginning of 2005. No doubt about it, the deadly tsunami in South East Asia helped foreign tourists forget the bloody incidents in Egypt. And the impact of the devastating tsunami is fading away too, it is no longer in the headlines all over the world. Who is going to cancel his tour to Spain after the news about bombings on the commuter trains in Madrid? And who cares about SARS while checking in for a flight to China or Hong Kong?

By and large, the destruction of the World Trade Center in New York on September 11th, 2001, was the last event that sent real big shockwaves across the world tourist industry. It took the industry a few years to recover. Eventually, the industry had to acquiesce in the omnipresent threat of terrorism. The tourist agencies agreed that there was no safe spot on the face of the earth. Traders and finance dealers simply grasp the changes a lot quicker than ordinary people. Therefore, chicken-hearted Europeans start packing (or unpacking) their bags once they hear the news about yet another terrorist attack. The world will get used to living in conditions of terror should terrorist attacks occur more frequently. The notorious Russian “fatalism” is mostly a habit of living in the “front zone.” What is the point of calling off an overseas vacation only because “bombs go off there”? You can be the victim of a terrorist attack in you home town, even in your own house. “As paradoxical as it may seem, tourists from Russia build a reaction pattern for the world tourist market, they are the outriders from a country that is the economic underdog of the West,” said Sergei Shpilko, president of the Russian Tourist Industry.