The Mayan civilization existed for more than one thousand years. The Mayas were a much advanced people. They built flourishing cities and giant pyramids. The Mayas were superb mathematicians and astronomers. However, the highly evolved and mysterious Mayan civilization came to an abrupt end, leaving a handful of pyramids in the dense forests of Central America for scientists to unravel one of the biggest mysteries of our time. The actor/director Mel Gibson has just released his latest movie Apocalypto that revolves around the events preceding the fall of the ancient Mayan civilization. The movie opened in the U.S. and Europe last weekend. It should hit the theaters across Russia on December 14. 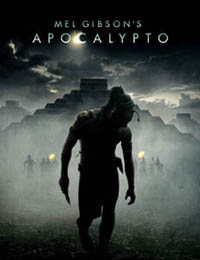 The commercial success of his previous movie, The Passion of the Christ, was apparently an impetus to Gibson to direct another movie that touches on similarly fundamental issues. “It seems to me that people would like to see big stories unfolded on the screen, the stories that connect to them both emotionally and spiritually,” as Mel Gibson put it in one of the interviews.

People with whom he already made The Brave Heart and The Passion of the Christ made up the nucleus of Gibson’s crew for the making of a new movie that promises to be yet another blockbuster. Thomas E. Sanders was in charge of production design. Kevin Stitt and John Right were responsible for film editing, and Dean Semler became chief cinematographer. Looks like Gibson chose the right people.

As Gibson and his crew were preparing to launch the filming, the director/writer and his co-writer Farhad Safinia read all the available Mayan myths on creation and destruction, including the Mayan Popol Vuh’s (Mayan Bible) concept of the “Fin de los Tiempos” (End of Time). The authors familiarized with all the theories explaining the demise of the Mayan civilization. They kept abreast of the latest archeological finds by reading reliable sources of information and scouting around the location in which the events of Apocalypto were to take place.

The events of the movie begin in one the peaceful tribes whose members lead a happy life in accordance with their primitive laws: hunting, dances round the fire and a shaman’s story told at night. The tribesman could have lived until the end of time had not the Pypil warriors invaded their land. The invaders pillaged the village, killed the chieftain, and took all the able-bodied prisoners into the woods.

As it turned, some of the prisoners were sent to the construction site of the Mayan white city, whose erection required hundreds and thousands of slaves; others were used on the maize plantations, which had been struck by a series of poor harvests by the time. Maize was the Mayas’ bread, the cornerstone of their diet. They had worshipped maize for centuries. Accordingto the canons of Popol Vuh, the tribesmen were supposed to make sacrifices to the gods for the benefit of future crops. The Mayan practices included human sacrifice.

Filming a movie based on a purely historical plot would have bored Gibson. That is why he brings a personal story into play. The story features the chieftain’s son called Jaguar Paw. He and his loved ones were doomed to die a horrible death since the captors had set them aside for making a sacrifice for the benefit of the entire Mayan people. By virtue of the plot, Jaguar Paw has to overcome his fear and show lots of courage under the circumstances. He has to act like a real hero to change his fate. The story of Jaguar Paw is a story of an ordinary average person who is forced to act heroically. “Man isn’t the main evil portrayed in the movie. It’s human fear. The lead character has to overcome his fear,” said Mel Gibson about the message of his new movie.

The practice of human sacrifice was an essential part of the deep-rooted religious and sociopolitical traditions of the Mayan civilization. The human sacrifice was considered an indispensable means of keeping the gods alive, and therefore a guarantee against the collapse of the Universe. The rites involving human sacrifices were usually witnessed by a large crowd of tribesmen. The priests who performed the rites were extremely knowledgeable in terms of anatomy. A victim’s chest would be cut open to remove his beating heart in the nick of time. Then a victim would be beheaded, his wrists and feet cut off, and his shinbones separated from the rest of the body. The rite was carried out smoothly and effectively to make sure that nothing could come in the way of its cut-and-dried solemnity.

There are several versions with regard to the arrival of conquistadors to the land of the Mayas. According to one version, the Spanish conquistadors conquered the indigenous people of the region and leveled a larger part of their cultural heritage to the ground. Most of the Mayas’ lands laid waste by invading armies. The wars and diseases took a heavy toll of the nation’s men and women. The second version of the story maintains that the Mayan civilization was discovered by the Spanish king Francisco Fernandes de Cordova who came across the small piece of land off the Mexican eastern shore. The vanguard of the troops came ashore on the island and found a statute erected by the Mayas a few centuries ago in honor of the goddess of fertility. Later the Mayas vanished in the haze for reasons unknown. However, another version indicates that the conquistadors found nothing but ruins of the abandoned cities on the land formerly populated by the Mayas.