Man's passion for erotica breaks marriage that lasted for 50 years 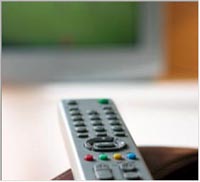 Man's passion for erotica breaks marriage that lasted for 50 years

An elderly woman named as Nina was happy when cable television was installed in her apartment. Indeed, cable television meant that she and her elderly husband would have an opportunity to enjoy more interesting TV programs. Together with her husband Pyotr she watched amazing wildlife programs and their favorite Soviet films; together with the grandchildren the woman enjoyed cartoon films and fairy tales. The couple had separate bedrooms, and the old man got really happy when his relatives gave him a TV set as a birthday present. Indeed, Nina also believed that it would be more convenient for the husband to be able to watch TV in his bedroom.

Another story about an admirer of sexual pleasures entailed rather sad consequences. Viktor is over sixty, he is a handicapped invalid. After over forty years of marriage to Anna, the man has recently got divorced but keeps on living in the same house close to his ex-wife. As for this particular man, he enjoyed sexual desires on the phone. It is known that sexual services provided on the phone are rather expensive, so Viktor’s secret came to light very soon. One day when Anna studied the couple’s telephone bills she noticed that it also included some extra services to the some of 7,000 rubles (over $200). When the woman asked her husband what the sum meant he said that he would fix it up at the telephone company himself. At that time, Anna shut her eyes to the problem and did not touch upon the issue any more. Usually, the woman left home on Saturdays to help her sister about the house and came back home rather late. One Saturday Anna came back home earlier but she scarcely recognized the husband when entered the home. Viktor’s eyes were mad and the face was red, the woman said. The man jumped off the phone when saw the wife. When Anna entered into inquiries, Viktor just answered everything was OK and said it was not the woman’s business. But that time Anna decided to investigate the problem herself. She ransack Viktor’s wardrobe and found telephone bills to the sum of 66,000 rubles (over $2,000).

When the wife implored Viktor to explain what the huge sum of the telephone bill meant he confessed that regularly enjoyed sex on the phone the number of which he saw in a newspaper. Relatives of the man still cannot understand why the elderly man did not stop the risky adventure when he saw in the first telephone bill that was a really expensive pleasure for him. But Viktor cannot explain himself how that happened that he grew so much absorbed with sex conversations on the phone. At that, the new entertainment had a negative effect upon the man’s health as he had to take some alcohol to gain more courage each time before he dialed the phone number.

Viktor feels terribly ashamed that his family and especially the children know that he enjoyed sex on the phone. He made several desperate attempts to make it up with the wife but Anna would not. Now the family is so much anxious about settlement of the phone bills as the sum is very huge even for people with good employment not to say about pensioners. The elderly man fears that he may be even deprived of his apartment for the debt settlement.

The sexologist thinks that the men’s wives acted absolutely wrong in both situations, and explains that was the reason why both families split. The women should have understood and supported their men not be that ashamed of what they did. It is definitely that the men did nothing abnormal and criminal except for the second instance when the man squandered too much money. It would be better for the elderly wives to help their men be more satisfied with their sexual life but not abandon them, the sexologist adds.