Will.i.am of the Black Eyed Peas can count the King of Pop among his fans. 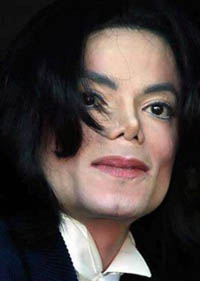 Michael Jackson invited the rapper-producer to collaborate on some new tracks for an upcoming album. That led to the two getting together at a recording studio in Ireland, Jackson says in a two-part interview with "Access Hollywood" set to air Thursday and Friday.

"I like what he is doing and thought it would be interesting to collaborate or just see how the chemistry worked," Jackson says. "I think he's doing wonderful, innovative, positive, great music."

Jackson has not released a new record since 2001. But he says he never stopped writing music, reports AP.

"I am always writing a potpourri of music," he says. "I want to give the world escapism through the wonder of great music and to reach the masses."

In recent years, Jackson has promised various projects that he has yet to deliver, including a benefit single for Hurricane Katrina victims. He has also said he plans to release a new album in 2007 produced by a Bahrain-based record label.