The police of the Japanese city of Yokohama arrested the 46-year-old man called Katsyo Miyake this August. The police discovered about 2.5 thousand panties while conducting a search in his tiny apartment. The panties were reportedly stolen by the suspect in last ten years. The detectives were amazed to find hundreds of panties scattered all over the place. The most treasured items were hidden under the mattress on which Miyake slept. The suspect admitted to having stolen the panties. He also said he could not but steal them since he was a fetishist… 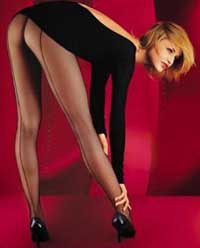 The case of Katsyo Miyake is not unique. One can regularly come across various articles about fetishists in the media. But there is more in it than meets the eye. Many a fetishist do not look like some crazy maniacs. On the contrary, many of them are well-behaved individuals who regard their fixation perfectly normal and legal.

The International Convention of Fetishists took place in Amsterdam in April 2006. The event looked like a regular official gathering of like-minded species. So who are they, the fetishists? Should they be diagnosed and treated or they would be better off left alone?

From stone idols to panties

Fetishism as a sexual culture phenomenon was first described by scientists in the late 19th century. The term fetishism had been in use before though its use was mostly restricted to a certain form of the primitive religion involving the worship of inanimate objects e.g. stone statutes of the deities otherwise known as fetishes (Fr. Fetiche, an idol).

Fetishism was introduced as a psychological scientific term in 1887 by Alfred Binet and meant sexual admiration of an inanimate object, mostly bodywear amd shoes. By then, fetishism was considered pathological. In time, the term’s meaning was extended, e. g. in 1912 Richard von Krafft-Ebing referred to fetishism as the admiration of body parts. He cited the case of a patient who had the fixation on women with broad nostrils. One day the patient sighted a woman of his dreams while riding on a streetcar. The patient experienced a great deal of sexual arousal and proposed to the stranger on the spot. The woman with a large beak apparently did not like the idea and called the police. The patient ended up in hospital where he had to explain to a doctor his deep-rooted admiration of broad nostrils.

There is a wide variety of fetish objects. Some of them look pretty weird to outsiders. For example, one of the Internet fetish forums is visited by those who have sexual admirations of felt boots or valenki. The following is an opinion posted by one of the frequent quests of the above web site:

“Valenki are a light in the dark. My emotions run the gamut when I put my valenki on. I love wearing my felt boots as I climb the stairs and trudge through the deep snow. It’s hard to tell why I get so much pleasure out of wearing this type of boots. Maybe it has to do with the pressure on my ankles or a lack of heels… I have to admit that the pleasure I get is of sexual origin…”

The attitude toward fetishism improved considerably as sexual revolution swept across the West in the mid-twentieth century. These days fetishism is often classified as a kind of paraphilia. A parahilia is a sexual psychic disorder involving sexual arousal and satisfaction through stimuli that are either unusual or questionble in terms of culture. By and large, scientists parted more and more with the idea of fetishism being an illness.

Fetishism is extremely varied and encompasses many types of objects, and therefore it is rather difficult to draw a dividing line between the acceptable and unacceptible. In some cases, “fetishism” has been used to name aspects of a nation’s predominant ideal of beauty, e.g. the preference for small feet in old China or the modern Western preference for big breasts (hot pictures).

The following example may help understand whether a case of fetishism derives from a harmless sexual deviation or it should be filed under a certain sexual psychic disorder that requieres medical help. A young man gets sexual arousal every time he sees nurses in uniform. So he asks his girlfriend to put on a nurse’s robe for foreplay. Let us imagine that the girlfriend does not like the idea and refuses to play along. Then enters a middle-aged nurse dressed in uniform. The young man should seek medical attention if he finds the nurse in uniform more sexy than his girlfriend who wears nothing at all. Likewise, his case of fetishism will be seen as an innocuous twist of personality if he prefers his girlfriend to the nurse.

Top Five of the most fetishized items

A book titled The Secret World of Johnny Depp was published in the U.S. this summer. According to the book, the famous movie actor has a penchant for women’s clothes, especially female sweaters. Depp played the part of Ed Wood, the most talentless film director in history, in the 1994 Hollywood movie Ed Wood. The main character reportedly liked wearing lingerie under his clothes. The author of the book claims that Depp kept wearing the favorite underwear of his character after the shooting of the movie wrapped up.

The actor did not comment on the allegations contained in the book. However, in one of his interviews he admitted that he had a weakness for female Angora sweaters. Many years ago he had a girfriend who wore such a sweater. Depp said he was completely brokenhearted when they eventually split up. However, he did not miss the girl as much as he missed her wonderful fuzzy sweater.