Thousands of worms have been surgically removed from the stomach and the intestines of the South American girl who was only one year and four months old. 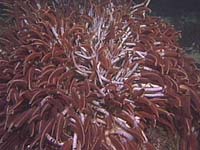 Doctors in Paraguay were literally shocked after discovering such a large amount of creatures inside the child.

Surgeon Hugo Medina, the head of a local family clinic told the journalists that he has never in his life seen so many worms inside a body so small. The child remains in critical condition, but according to Medina she should be able to survive.

The doctor added that the worms extracted from her intestines belonged to the Nematoda species of parasites.

“The parasites were all dead when we discovered them. The child had apparently been taken to the emergency room where she was given an extreme doze of some medicine against tapeworms.

However, because there were hundreds of them the girl’ stomach was simply too small, their dead bodies filled her intestines. If it weren’t for the surgery, the girl would have died.

“My little granddaughter could not even tell us how badly she was feeling,” the man told the journalists, “She had a very high fever, and we kept taking her to various medical centers receiving rejections pretty much anywhere.

Ultima Hora reports that the incident took place in the village of Conception, a 250 kilometers from the nation’s capital Asuncion.