Even though some aspects of our life have seriously changed, some people are still prejudiced against things that used to be imperfect some time ago but deserve trust today. This particularly concerns oral contraceptives. While millions of women take fifth generation oral contraceptives and have their health in good repair, it is still rumored that a woman may awfully put on weight and grow terribly hairy if she takes to such pills. 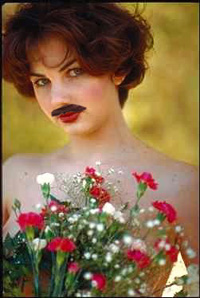 Some people think that oral contraceptives are bad for women’s health. Doctors say that oral contraceptives have a various system effect upon the organism which cannot be specified definitely as bad or good. In many cases, doctors prescribe taking oral contraceptives as a special treatment, so the contraceptive effect is of second importance. The same type of hormonal contraceptives causes no discomfort with some women and at the same time may give rise to serious health problems with other women. In other words, it is important to have in mind that almost absolute protection from pregnancy may be connected with the risk of side effects.

It is a mistake to believe that hormone contraceptives are meant only for women after 20. In fact, doctors say that even young women can take them.

If a doctor does not specify any individual scheme for taking oral hormone contraceptives, a woman can take such pills uninterruptedly even till her climacterium.

Women frequently ask if they may continue taking hormone contraceptives to avoid new pregnancy immediately after they give birth to babies. Prescription of hormone contraceptives to nursing mothers is a special theme. Usually hormone pills have a serious effect upon lactation and thus are prohibited for the period when a woman plans to nurse. There are contraceptives that contain small particles of hormones (so-called ‘mini-pills’), and doctors say theyare safe for nursing mothers. At that, women must be particularly careful with the regime prescribed for taking such pills. It is important that an interval between taking the next pill must be twenty four hours sharp otherwise the contraceptive effect will be lost.

Some women say that they got acne when started taking hormone contraceptives. And this sounds strange as often hormone medicines are prescribed to treat acne.

Investigations also reveal that women have more regular and stable menstrual periods when start taking hormone contraceptives. At that, the discharge gets less profuseand women have less pain during menstruation.