Look at yourself in the mirror. Do you have birthmarks on your face? They are not an accident! 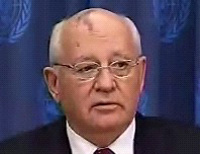 Since the deep ancient times people believed that birthmarks are the signs of fate. Many have attempted to decode these messages in order to avoid certain errors in life and learn to manipulate their destinies.

During the Medieval times women whose bodies were covered with birthmarks were burned at the stake. It was commonly believed that spots on the skin were satanic marks.

With time popular opinion on birthmarks radically changed. During the Age of the Renaissance, for example, Parisian ladies used to draw or stick on their skin fake moles. In those days birthmarks came to signify charm and uniqueness. During the dances ladies applied the mole language – a mole by the temple meant that the young woman was ready for passionate adventures.

Have you ever wondered why the birthmarks appear in certain places? And why each person, even each individual twin has his or her own unique place for such a mark? How come these spots disappear and reappear in different locations throughout the person’s life?

Apparently there is an entire branch of science dedicated to the research on this sphere: Physiognomics. Studying size, location and shape of natural body marks can help determine the person’s character and even predict his fate.

“There is a theory stating that birthmarks and pigment spots usually form in the areas which are most bioactive,” comments Vitaliy Pravdivtsev, PhD, “They are ‘biological filters’ that participate in the cosmic energy exchange.”

We have decided to tell about the laws of physiognomics using some real-life examples of famous people. Judge for yourselves whether they are reasonable.

USSR President Mikhail Gorbachev has a birthmark in the form of archipelagos. Marks of this kind are very rare. It suggests extraordinariness and intellect. But it is also the case that people marked this way tend to be easily offended. The one possessing an “island” on his head is a fountain of energy. He can bring down mountains on his path. But the main thing is not to overextend! Otherwise one could end up being misunderstood by the outside world.

How attractive and sexy are little marks near the lips! Females possessing such attributes tend to be unstable and spoiled. Nonetheless as a rule they are also quite gifted. They are artists, actresses, performers… and they have so many fans!

If your wife has birthmarks of this kind do not grow anxious. Such women are very faithful in marriage.

The prophetess Vanga had a birthmark on her left temple. Usually such mark is determined by karma. The sign is a gift from above, and the darker the spot the stronger is its influence on the carrier. The special owners tend to have prophetic abilities and sensitive intuition. Vanga had another birthmark located almost at the exact center of her forehead. Mediums suggest that in this case a person possess a third eye. Vanga was world-famous because of her predictions.