Boy miraculously cured of epilepsy after being missing for 2 years

7-year-old Sergei Kapustin went for a walk one day in June 2003. He never came back home. Two days after his disappearance, his mother, Svetlana, reported him as a missing person to the police of the city of Essentuki, in Russia's south. The search went on for two years but to no avail. The prosecutor's  office forwarded the boy's description all over the Northern Caucasus and the neighboring republics. No result. The case was a very complicated one since the boy could not speak and his hearing was gravely impaired. The prosecutor's office eventually launched an investigation into murder. 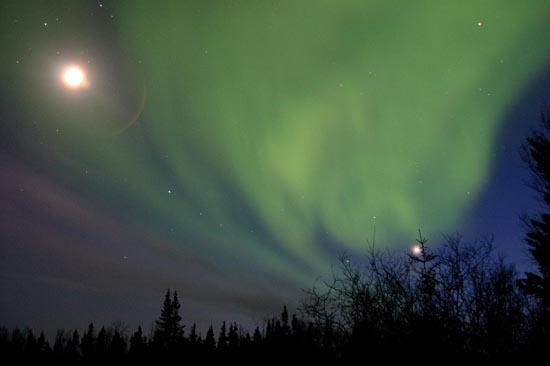 At the beginning of May this year an assistant at one of the city's service stations took note of a boy who had been loitering near the station for several days. He called the police. The boy was taken to a police station. The cops were particularly keen to establish the boy's identity because he was deaf and dumb and his looks reminded them of Sergei Kapustin who was still on the list of missing persons. The boy was then taken to hospital because no orphanage would take a child without documents and a proper medical examination. According to doctors, the boy was wearing clean and pretty neat clothes, he did not look hungry, a 50-ruble bill was found in his pocket. The boy did not show any aggressiveness in his behavior, he apparently enjoyed mingling with children.

The police promptly informed Sergei's parents about the boy who looked like their son. The parents rushed to the hospital. They had already given him up for lost. According to the mother, she felt a little confused when she saw the boy. He fit the description of her son, but something was wrong. Though the boy himself recognized his parents, he jumped straight into his daddy's arms. Just like their son, the boy had the same distinguishing marks on his body e.g. a birthmark on his chest and a scar above his brow. But the boy’s face changed dramatically. The boy might have changed greatly in the last two years, no doubts about it. Yet the mother remained suspicious anyway because the shape of the boy's head was absolutely different to that of her son. The mother even considers a DNA blood test for the boy.

The boy looks like he is 10 or 11 years old. Sergei Kapustin was to turn 9 this year. Besides, the boy’s behavior changed significantly. There is one more reason to ponder. Sergei suffered from a serious form of epilepsy. He had to take prescribed medications every day to prevent the onset of a seizure. A two-week break in therapy may result in a seizure that may kill the patient. Now the parents say they could not see any signs of epilepsy in the boy. The kid is unable to explain any details relating to his disappearance since he has no command of deaf-and-dumb language. He communicates by using simple gestures. The parents are afraid to let him play in the open for a long time because the boy already tried to run away.

“Sergei has a thing about trains,” says Svetlana. According to her, the boy gets excited every time he sees a train passing by. She assumes the boy may have been put on a train by some criminals who later used him for begging money in the street.

The boy has a terrible scar from a burn on his back. “Our Sergei did not have anything like that,” says the mother. Somebody must have mistreated the boy, according to her.

Meanwhile, rumors about the little kid who had been kidnapped by aliens are circulating  around the neighborhood. It has been rumored that on the very day when Sergei vanished in thin air the Kapustins' neighbors saw the street being lit up with some strange light. And multicolored light were rumored to shimmer in the dark that night. A neighbor called Victor believes the aliens took the boy to their faraway world to study humans. The aliens cured his brain disorder, according to Victor.