Men knew how to boost potency before Viagra was invented

Men in all epochs had problems connected with their organs giving delight and were always ready to resort to any means to have them erected any time it was needed. Historians say that impotence was a burning problem already in the Middle Ages. It was the church that gave an explanation to the problem of impotency. Church hierarchs supposed that there were women who contacted first with the devil and then put the evil eye upon men. The terrible instrument of inquisition was set into effect to save Europe from witches, to revive men’s potency and increase the birth-rate. Women suspected of connection with evil forces were burned alive. As history shows, many innocent women fell victims of the inquisition. In the last years, men wishing to enjoy their potency again after loosing any hope to have a happy sex life may try Viagra. However, it is a rather expensive remedy. How did men solve their potency problems before Viagra was invented? 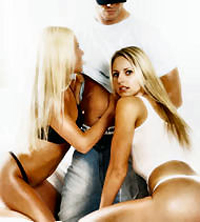 Men knew how to boost potency before Viagra was invented

In the Ancient Rome, groups of female healers worked on reviving men’s potency. Petronius wrote about the medical procedure the following: “A woman healer took a phallus made of leather, plunged it into a mixture of ground pepper, nettle seed and oil. Then she began to slowly push it into my anus. Next, she applied the same mixture to my thighs and washed my groin with a mixture of garden-cress and God’s tree juices. The furious old woman got a bunch of fresh nettle and lashed my belly below the navel. Burning inside and outside, I lost my temper and run away.”

Ancient Greeks invented the nice word ‘aphrodisiac’ meaning ‘love delights’. They gave the name to substances that stimulated potency. Those traditionally were substances of vegetable and animal origin. Greeks believed that if a man ate enough olives and steamed barley they would have fabulous potency all night long.

Legends of every nation tell about remedies that people used to have good potency or revive it. In Kama Sutra, there is a recipe of a meal cooked of rice, sparrow eggs, stewed onion and honey that is believed to be making potency stronger. Koreans eat meals cooked of poisonous snakes, the Japanese eat mussels, Egyptians – garlic and Chinese think that ginseng help men enjoy wonderful potency.

Rich men abroad enjoy good potency thanks to the Russian caviar and champagne. Cider, the light apple wine is a popular stimulant in Europe. In Russia since old time baked potato was popular among men as a meal helping them prolong coitus for hours.Indeed, the peelof a baked potato contains a substance that reduces the sensitiveness of skin thus allowing to have hours-long sex. It is also known that buckwheat rich in protein is another stimulant for men’s potency.

Some people use honey as a good aphrodisiac; it is particularly effective together with nuts. Sigmund Freud recommended mushrooms, rye-bread and pumpkin seeds as potency boosters. Spaniards eat ham made of ox meat to make their potency up with the help of animal proteins.

Sometimes, in an attempt to have good potency men seriously damage the environment. When it was published that a remedy made of tiger genitals was good for potency, men rushed to kill tigers and now the tiger population has considerably dropped. The most luxurious restaurants of the world offer a soup made of tiger genitals for $600-700. However, cooks do not guarantee at all that the soup will help men enjoy sex for hours. But it sounds really impressive when a man says in a company that he has had some tiger soup.

Side by side with the unofficial remedies meant to improve men’s potency, the official medicine also made some attempts to help men. In 1877, American surgeon Samuel Gross arrived at a conclusion that men’s love for automanipulation resulted in the loss of erection. According to the surgeon, automanipulation entailed the loss of nervous energy and later even impotence. The conclusion made the life of Gross’ patients really tragic. The doctor strongly prohibited his patients to enjoy automanipulation; he prescribed medicines to bring down men’s sexual appetite and sometimes even implanted special bougies into men’s penises that, as the doctor believed, helped them abstain from automanipulation.

Austrian healer Eugene Steinach made transplantation of genitals from young animals to old ones. When the experiments reached a deadlock, the doctor suggested that an operation for removing of spermatic canals made potency stronger. One of his patients, an Irish poet, said he wanted to find the doctor and thrash him properly.

But not all of medical attempts to cure men’s potency were that discouraging. In 1914, Doctor Alvin Ache offered vacuum therapy as a good method to raise men’s potency. A male penis was placed into a special camera where vacuum was generated to cause blood inflow and erection. England is considered the motheland of an injection therapy. British physiologist Brindley was the first to test the method himself and happily demonstrated the effect of the therapy to his colleagues.

Many doctors agree that majority of men’s problems in the sexual sphere are connected with their psyche. Men’s complexes, phobia, stresses, fear and hypochondria in most cases result in sexual fiasco. And experts state that every man has his individual method that may help him improve or revive potency.