When the young man found out that his girlfriend found a lover in the USA, he called FBI and Interpol

Lately the media have reported on a young Russian who had missed his girlfriend so much that he had contacted FBI and raised a false terrorist alert. FBI spent tens of thousands of dollars running checks on data provided by the youngster. 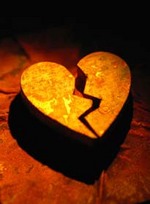 The guy is 25 years old. He has a frail build and his looks are quite nondescript. Now he works for a computer company in the city of Krasnodar. He refused to reveal his real name because “a nice contract is looming on the horizon.” His story goes like this.

Kirill fell for Yulia in 1999. He knew right from the start that the slim blond girl was his destiny. Back then he was attending a training course for computer programming. The girl had just joined the university. The guy tried hard to impress her at the time. He would bring her flowers and boxes of chocolates. Her mother liked him too. He seemed quite a handyman about the house. He could do a small repair, fix a leaky water tap etc.

When Yulia was on her third year at the university, she took the opportunity to study in the USA for four months. Kirill strongly objected to her trip, but she went to the States anyway. Things changed from bad to worse for him later that year when his girlfriend stayed in the USA on completion of her student exchange program. And then she casually told him that she had a new boyfriend. Needless to say, Kirill went mad and made up his mind to pay a visit to America. But he was denied a visa due to his brushes with the law in the past.

Then one of  his friends suggested he should send a letter to the American authorities and describe the girl as a terrorist trained by Chechens to carry out a suicide bomb attack in the United States. His friend was certain that the Americans would promptly send he back to Russia. Kirill followed the advice. He sent an e-mail message to FBI. All the details included. He even called Interpol's hotline. Having introduced himself as an agent of the Russian Security Service (FSB), he relayed the same “information.”

The American authorities reacted immediately after they got the message from Krasnodar. The girl was detained and taken into custody. FBI requested their Russian counterparts to confirm the report. It took the FSB a month to check on data. The Russians then informed the Americans that Yulia had no criminal record whatsoever and all the allegations against her were ridiculous. Yulia was released from custody. Neither herself nor her parents could understand who was behind that disgusting scheme. And the guy kept calling his faraway sweetheart on the phone, he made more threats to put her to jail if she did not come back.

Finally, he drew attention of the authorities. They took legal action against him. The charges included “Slander and affront, “Conveying deliberately false reports on terrorist activity”, and “Storage and distribution of computer virus programs.” But the legal action did not stop him from making more long-distance calls to USA. The Russian authorities eventually put him under arrest in December 2004. He spent two months in a holding cell. Now he says he is sorry for his stupid tricks. He still has a crush on Yulia. “She told me she loves me despite my foolish ways,” says he.