USSR sacrificed 26 million people to save the world from Nazism

Nazi Germany attacked the USSR on June 22 1941, which became the start of the Great Patriotic War. The war officially ended on May 9, 1945. This day is one of the most important national holidays for all Russians. 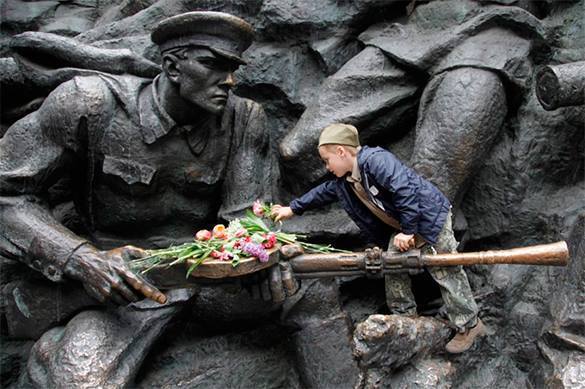 The USSR suffered the largest losses in WWII. Over 26 million Soviet people fell victims of the terrible war against Nazi Germany, which continued for 1,418 days and nights. The losses of the Soviet armed forces made up about 16 million people. This is the number of personal cards stored at Central Archives of the Russian Defense Ministry.

When Soviet citizens woke up in the morning of June 22, 1941 they heard the following announcement on the national radio: “Today at 4 a.m. German troops attacked the USSR. They did not set any claims against our country, nor did they declare war on the USSR. Nazi Germany attacked our borders and bombed many Soviet cities – Zhitomir, Kiev, Sevastopol, Kaunas and others. Over 200 people were killed and wounded in the raids.”

Those were the words to start the bloodiest war in Russia’s history that continued for four years and revealed incredible courage, resistance and will of the Russian nation.

The USSR was completely unprepared for the war, although the government knew that the war with Nazi Germany was inevitable. Fascist troops were moving ahead on the USSR’s territory very fast, scorching and destroying everything on their way. The Soviet defense machine failed to oppose perfectly equipped fascist troops, which eventually led to enormous losses.

Russian people of all ages, children and elderly men and women did their best to defend USSR’s capital Moscow in 1941. As a result, the Nazi troops were stopped only about 10-15 kilometers far from the capital.

Today is the day when all Russians pay tribute to those who fought for Sevastopol, Minsk, Kiev, Stalingrad, Smolensk, Murmansk, Leningrad and many other cities and towns.

The key factor in the USSR’s victory over Nazism is still a subject of discussion for many historians. Western researchers say that the USSR won the war owing to allies’ help. Russian specialists, however, believe that it was the accomplishment of the Soviet government to mobilize the people, the national industry, etc.

The victory in the world’s most horrible war was not just a military accomplishment. It became possible because of the power of will and the unity of the nation. It was the triumph of true patriotism which cannot be brought in from somewhere else. There can be only one home for such patriotism – the human heart.

Today is the day when each and everyone needs to look back at the past and think of the people who gave away their lives to save the USSR and the whole of Europe from Nazism.