Unlike in European countries, looters in America are virtually unnoticed. They strip parks and historical sites of their cultural bounty without fear of getting caught. Indeed, US officials say the brazen looting of ancient native-American artifacts, Civil War mementos, and other valuable relics is reaching epidemic proportions. In any given year, cultural thieves make off with $500 million in relics, the FBI estimates. On National Park Service land alone, they strike on average once a day. 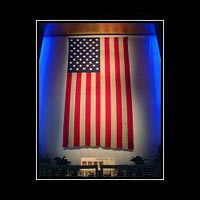 In Italy, they are called tombaroli - tomb raiders - and punished with decade-long jail sentences and million-dollar fines. Now, federal agencies, including the FBI's Art Crime Team, are beginning to score some victories against cultural theft.

Last year, a dozen cases were successfully prosecuted under the Archaeological Resources Protection Act, a 1979 law that bans the removal and sale of artifacts from public land. In Georgia, a judge sentenced Terry Crawford to 21 months in prison for stealing Civil War bullets from Chickamauga Battlefield. In Colorado, Robert Hanson, was sentenced to 24 months in prison for receiving and transporting Pueblo artifacts dating from 1200, including funeral objects, bowls, and tools.

The biggest known bust of its kind in American history was sparked in 2001, when a ranger patrolling California's Death Valley National Park spotted two men loading rocks into a van. The ranger stopped to question the men, who said the cargo was just "old Indian rocks," according to Tim Canaday, an archaeologist with the federal Bureau of Land Management (BLM).

Suspicious that something larger was at work, the ranger phoned Mr. Canaday, who opened a two-year investigation involving BLM, National Park Service, and Fish and Wildlife Service personnel. They turned up a sophisticated group of five looters based in Las Vegas who'd pilfered some 11,000 artifacts - mainly prehistoric scrapers, grinders, and arrow shafts - from federal land in four states.

"In 25 years as an archaeologist, I'd rarely seen items of that quality," Canaday says. The ringleader, Bobbie Wilkie, pleaded guilty to causing more than $500,000 in damage to federal land and was sentenced to 37 months in jail.

The looters come from all walks of life. Mr. Wilkie and his four co-conspirators in the Death Valley ring met while working construction jobs in Las Vegas, the investigation showed. By the time they were apprehended, they were employing all the tools of a serious archaeological dig. They honed in on significant caches using books and historical maps, and extracted their loot using probes, trowels, shovels, and sifting screens.

Bolder thieves have taken to ripping off private collections rich in aboriginal artifacts. Last month, the Antique Tribal Art Dealers Association reported that dozens of items had been stolen from a private home in Fort Morgan, Colo., and a museum in Jackson, Wyo.

Last year, at the Wolf Creek Indian Village in Bastian, Va., thieves spirited away more than 2,500 ancient shell necklaces, projectile points, bones, and stone tools - nearly half of the museum's collection. None of the pieces has been recovered. "We were devastated," says museum executive director Linda Bradshaw. "It's still hard on us. It's like losing a family member and never knowing why."

Because stolen artifacts are so easily converted to cash and so difficult for authorities to trace, they have become a common form of currency, often tied to the drug trade. A growing number of looters are methamphetamine addicts who exchange the artifacts for drugs, says John Fryar, a Bureau of Indian Affairs agent responsible for tracking down looters. The most vexing problem for investigators is tracking down the looted artifacts, which can end up anywhere from a hobbyist's coffee table to art collections overseas.

The lack of law enforcement makes federal land - especially the isolated, artifact-rich Southwest - easy pickings. And since only one-third of known archaeological sites in the country have been catalogued, "it's impossible to know what's looted," says David Tarler, who studies archaeological crime for the National Parks Service.

In Russia, the country with a very rich history the situation with looters is almost the same. There are lots of people who love history and want to find its pieces. But when they realize the real value of these mementos they begin to look for more and sell them to the black market. Then the valuable, rare and interesting pieces of history settle at private collections instead of being exhibited for wide audiences.