Invention of high-octane gasoline brought no money to its inventor 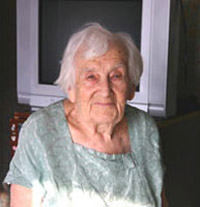 Invention of high-octane gasoline brought no money to its inventor

The invention of high-octane gasoline turned out to be an important event highly appreciated by lots of drivers within more than fifty years that passed since the invention was made. But just few people know that the scientific breakthrough was possible thanks to the efforts of a miniature woman, Anna Mezhlumova. After WWII ended, Soviet leader Joseph Stalin ordered researchers of the country to improve the quality of petrol. A research group headed by Anna Mezhlumova began to work on the issue in a central laboratory of an oil refinery in the city of Grozny, now the republic of Chechnya.

The woman spent her entire days and nights in the laboratory being absolutely plunged into researches, and finally the country got a stunning result and the governmental order was fulfilled. At that time, the researcher turned forty. She successfully defended a thesis in Moscow, and university lecturers said she got her talent from God.

It was till the age of 80 that Anna Mezhlumova worked at Grozny’s Petroleum Institute where she conducted new researches thus inspiring students for deeper studies and investigation. And students were always proud to attend lectures of the legendary researcher.

Anna’s life drastically changed in 1995 when the Chechen war broke out in the republic. The woman said that during WWII the institute where she worked survived but during the last anti-terrorist war it turned into ruins. It meant that Anna had no longer job. She in an instant lost the roof over her head and the source of income.

The terrible war seriously damaged Anna’s family as well. Her only son Boris was seriously injured and became disabled after a bomb explosion. Now, every recollection of that awful period makes Anna cry bitterly. The life in Chechnya got impossible, and the woman decided to leave the native city. It was a really hard thing to decide for the 80-year-old woman. Anna left Grozny together with her disabled son, her grand-daughter and a little great-grandson. But the city of Voronezh where the family came did not welcome them. It was decided to move again to the town of Volgodonsk. The new place seemed more friendly; quite by chance Anna managed to be put on a waiting list for an apartment. It was ten years ago, and the woman still hopes that her dream to live in an apartment with all modern conveniences will some day come true. Anna’s son now a pensioner. The mother and the son live in one room in a dormitory and have to share a kitchen with other eight neighbors. But Anna managed to get the room not thanks to her merits and achievements that she once made in science. Her son Boris used to work a teacher of English in a local school, and the school administration helped him get the accommodation.

Now at the age of 92, Anna Mezhlumova possesses not only the knowledge she obtained during the years of her research activity and the experience she got in life. She also holds 24 patents for inventions that she made; unfortunately part of them were lost during the Chechen war. The woman was also awarded with a gold medal for her contribution to people’s economy of the Soviet Union.

Even though the talented researcher is old enough, she knows by heart all complex chemical formulas and can tell every detail of the petrol making technology. Anna’s most cherished dream today is that her great-grandson gets higher education and applies himself in scientific researches. Now the boy is a lyceum student. Anna does her best to keep up with the modern life; she reads all popular scientific magazines and lots of newspapers.

Anna Mezhlumova’s immense contribution into science yielded her just a diploma and a fridge once presented to her. The latter has served its term long ago, and cars of the world still wonderfully operate thanks to high-octane gasoline invented by the delicate woman.