Every parent having pre-school children hopes that when they grow up enough to go to school they will be pretty safe and sound there. But unfortunately experience shows that the state of affairs is quite different: the school period of children gives their parents not less troubles and anxiety than the infant one. 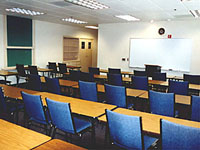 The mother of a boy studying in the second grade of one Moscow schools was shocked when her son told her something about one of his classmates. The son said that when their teacher went out of the classroom some boy boasted in front of the entire class that he did something to his brother’s genitals to make him feel ecstatic. He also added that together with some girls with whom he kept company outside the school he frequently imitated a coitus.

Russia’s well-known sexologist, secretary general of the Culture and Health sexological organization Sergey Agarkov was also shocked to learn what type of relationship existed among second-form pupils. He commented upon the situation that made the boy’s mother really scared and troubled.

Sergey Agarkov believes that at this early age second-form pupils are unlikely to have sexual attraction. And if they still have any sexual contacts being that young it means their upbringing is absolutely neglected from the pedagogical point of view, or what is more terrible they suffer from the perverted influence of their environment or some adults. Both sociologists and teachers admit it to be a serious social and pedagogical defect.

Parents of other pupils in the form are awfully apprehensive against the little child boasting of his first sexual experience. They fear that the boy may be really dangerous for other children, in other words that his influence upon them may be negative. The sexologist emphasizes that when adults or senior children in a family involve younger children into their sexual games or experiments it means something is absolutely wrong with the family’s genetics. This abnormal sexual behavior is not only mere influence of radio, television or Internet as many of us believe, this is also the result of some internal problems of a man, highly likely his neglect.

If the boy openly boasts that he does something indecent for his brother it means he does not realize this sort of things is a tabooed issue, that he may have problems in case other pupils tell the story to adults. In other words, when a child has some perverted sexual contacts with adults he is not at all critical toward it. Children with this behavior model are to some extent dangerous for other pupils at school. Having such sexual contacts this boy will get mature earlier than his classmates and may try to involve other children into various sexual practices. So, such a pupil must be in the focus of school teachers and psychologists always.

These children require individual deeper psychological and pedagogical approach to improve the situation and save them from becoming outcasts. They need more new spheres of interest where they may apply themselves thus correcting and improving their personality. Such pupils need adult support in new hobbies or employments they start to feel concerned not only about sex but also something else. It is not ruled out that in addition to thorough psychological and pedagogical work these children may require medical therapy to bring down their excitability. To tell the truth, sex in this particular case is not the prime cause of the boy’s behavior, it is just a symptom of bad and unfavorable development and upbringing of this particular little boy. And the situation can be solved with medical and pedagogical interference only. If the boy is neglected his life is sure to be distorted. This serious catastrophe just emphasizes the importance of psychological supervision at schools.

Unfortunately, majority of parents and teachers strongly objected to introduction of sexology lessons at schools believing them to be just mere information about sex and about having better and correct sex. But experts insist that sexology lessons at schools are first of all meant to form children’s attitude to sex. It is important that children must know what sex is and what consequences it may bring.

However, the school and psychologists are not the only responsible for the above stated situation. The role of parents is essential in such situations when some pupils turn out tobe too advancedin the sexual sphere being still very young. The saddest thing is that majority of parents are not always ready to admit this sort of information. They are inclined to believe that it does not concern their own children or never take such situations seriously. But experience shows that children as a rule never say lies when they tell stories about some of their perverted classmates. They may explain something not absolutely correctly, but in general they tell truth about such situations. And parents should know that in case children confide this problem to them (if they tell a classmate is involved into sexual contacts) they do take the problem seriously and it means it really troubles them.

What must be the reaction of the school and parents of other pupils in the situation like this when some of the second-form boys confesses he is involved into sexual contacts and obviously boasts he is mature as compared with other children? Some of us say it would be better to expel him from the school and make his parents responsible for the son’s behavior. It would be more effective for a school psychologist to have separate conversations with pupils of the form and their parents and to explain the situation. It is important to emphasize that any contacts with the boy in question must be under control, and that heterosexual activity is atypical of children of this young age. The boy’s influence may rather result in homosexual contacts in the class. Children from visibly good (read ‘well-off’) families that are absolutely neglected because their parents are awfully busy making money may fall victims of such early matured boys.

Children from such families belong to the risk group; they often become drug addicts and get involved into sexual contacts in their early age. And even though the number of arrested drug dealers is increasing ever year, there is still much risk that children may be seduced into drug addiction or abnormally early sexual contacts, especially those neglected by their parents. Sergey Agarkov says that in all developed countries the school and the society never keep aloof from risk group children who get into trouble with drugs or perverted sexual contacts. It is important that their families and classmates must be also involved into solution of the problem not to let children stay alone with their problems. Unfortunately, in Russia problems of every particular small human is of little importance today; thinking global is the key tendency now. But psychologists insist that children’s community must on no occasion reject those children who get into trouble with drugs or sex, such children must know that others support them and understand they are victims, not at all heroes.

To solve problems of the type every school needs children’s psychologists. Unfortunately, not every Russian school has a psychologist today. Sexologist Agarkov says that psychological activity at school is very much like faceting a diamond. A psychologist’s role is not only talking to children. A psychologist is an expert who can characterize children so that other children, teachers and the school administration could change their opinion about some particular pupil. This will put an end to provocation of teachers and administration aimed only at driving the pupil out of school and thus getting rid of the problem he causes. A psychologist at school may help others understand that every pupil who gets into trouble or causes troubles himself is a human like any of us and deserves protection and understanding. This is a serious issue which unfortunately remains unsolved in the society in this country, Sergey Agarkov says.

It would be better for schools today to have psychologists independent from the school administration. This status would give psychologists a wonderful opportunity to inspect the school morals, help maintain healthy relationship among pupils, and also between children and teachers. Many of us remember stories about pupils beaten or humiliated by their teachers. School psychologists are experts who can help neutralize such conflict in their early stage. There is much hope that the moral situation in Russian schools will soon change for the better and our children will be absolutely safe there where they come to obtain knowledge.