The recent photos of Whitney Houston show that she has problems with not only cocaine use but also with some group that has been labeled a cult. Previously published photos showed that former music diva Whitney Houston has spiraled into a world of squalor and degradation on cocaine. 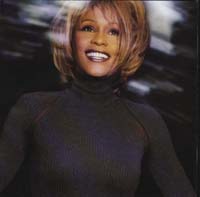 The UK's Sun ran a series of photos that show how far Whitney's life has deteriorated. Drug paraphernalia including a crack-smoking pipe, rolling papers, cocaine-caked spoons and cigarette ends are strewn across the surface tops, postchronicle.com reports.

“Houston and husband Bobby Brown first hooked up with the so-called ‘Black Hebrews’ in 2003 on a trip to Israel,” notes Rick Ross of Cultnews.com. Houston has reportedly sought help from her “spiritual advisor” with the group in recent months. “The strange group is led by Ben Carter, a former Chicago resident who now calls himself ‘Ben Ammi Ben Israel’,” according to Ross, who reports that the group has been plagued by controversy. One of Carter’s henchmen was convicted of “operating an international crime ring” in the 1980s, and recently, the group was linked to the death of a child — allegedly because of the diet the child was given.

Carter claims that the ”Archangel Gabriel told him that many African Americans were descendants of the lost Israeli tribe of Judah .” He led some followers to settle in Israel during 1969, but they didn’t receive permanent residence status until 2003.

Friends hoped she had reformed thanks to a ’spiritual adviser’ and her renewed links to a controversial religious sect, reports the Herald Sun.

But is it wise for Houston’s friends to hope her crack habit can be cured by a cult? Certainly there are more credible options, such as a hospital treatment program.

Whitney Houston’s family has said repeatedly that the influence of Bobby Brown brought about the star’s downfall. Perhaps Houston’s friends should come up with something better than a choice between either crack or a “cult” for the troubled singer, cultnews.com says.

Houston was once one of the biggest female artists of her generation - with a string of '80s and '90s hit singles like 'I Wanna Dance With Somebody' and more than 100 million albums sold, according to postchronicle.com.

Houston first put her talent to use professionally as a teenager by singing backup for Chaka Khan and Lou Rawls. A sleek and exotic-looking young woman, Houston dabbled successfully in teen modeling, gracing the covers of such magazines as Seventeen and Glamour.

After a couple of years spent developing her vocal virtuosity and making industry contacts, Houston was ready for the big time. In 1985, she signed with Arista Records, because its president, Clive Davis, had a proven track record of picking hits for his singers, not to mention a reputation for letting artiststake their time to mature.

Five years of constant touring had begun to take their toll, however, and Houston decided to take some time off to acquaint herself with the palatial, $11 million Mendham, N.J., mansion she had purchased. Houston's down time allowed her a chance to get her personal life in order. After being romantically linked with Jermaine Jackson, Eddie Murphy, and quarterback Randall Cunningham, Houston took up with bad-boy rhythm-and-blues artist Bobby Brown. In 1992, the Prom Queen of Soul and the bad-ass captain of the glee club were married before 800 well-wishers.

Brown's boozing and womanizing ways and sporadic run-ins with the law may have made Houston an occasional object of pity and criticism in some observers' eyes, but others argue that she is the one who is hard to put up with. She has earned a reputation as a prima donna for her frequent episodes of tardiness—in one unpleasantly conspicuous instance, she arrived two hours late to a White House dinner honoring Nelson Mandela, at which she was the featured performer (she breezed in with the excuse, "I just got off tour," even though her final appearance had been four days previously).

Since 1990, Houston has managed to maintain her easily won eminence, despite the fact that she has greatly curtailed her output. Not that she hasn't been busy: navigating through some perilous straits in her personal life, the pop diva managed to bear a daughter, Bobbi Kristina, and conquer the world of film. Her first feature, The Bodyguard, banked more than $400 million worldwide, and boasted the most successful soundtrack ever released, with sales in excess of 33 million units, due largely to Houston 's soaring interpretation of the Dolly Parton classic 'I Will Always Love You.'

While rumors still cloud the rocky Bobby Brown union, the pairing persists, despite ongoing legal troubles. In June 1998, various tabloids reported that the two were on the verge of officially separating, a month shy of their sixth anniversary. They were proved wrong when the two singers celebrated that occasion, their marriage still intact several months later, and apparently remaining that way.

In August, news of a significant duet in divadom was made public: Whitney Houston and Mariah Carey were in the studio together. The strong-lunged, octave-jumping singers recorded "When You Believe," the theme song from the animated DreamWorks pic The Prince of Egypt, which tells the story of Moses.

The The Prince of Egypt soundtrack landed in stores Nov. 17, the same day as Houston's new solo album, My Love Is Your Love. Guests on her first full-length studio recording in eight years include Missy Elliott, Faith Evans, and Wyclef Jean. The disc also sports a special hidden track, "My Love," produced by Lauryn Hill.