Fifty percent of Russian women are short of men

The center for demography and ecology of man has recently conducted a new research. The center's leader, Anatoli Vishnevsky, told reporters that only 535 of a 1,000 Russian women were married. The research revealed that about 50 percent of female respondents have never had a husband, lost their spouse, or were leading  single lives. 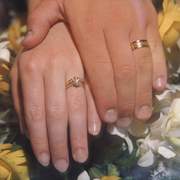 Russian women's inability to find their lifetime partners may inevitably lead to serious demographic problems, Anatoli Vishnevsky believes. According to the scientist, the number of women in the reproductive age will be decreasing very fast during the coming years. The number of potential mothers will halve by 2050 and will take only a third of their current number at the end of the century. The demographic crisis will lead to lamentable consequences: the birth rate will reduce considerably.

Russian scientists are very concerned about the statistics of abortion too. Anatoli Vishnevsky said that the number of abortions dropped over the recent ten years. However, the frequency, at which women decide to go to a hospital to get rid of an unborn child, is still very high. Two newly-born babies account for three unborn children in present-day Russia.

It is well known what Russian women want, though. They picture a perfect man as a smart, strong and rich person. This situation was unveiled as a result of another research, which was conducted last year. A happy family for a Russian woman is a family, where a man plays the role of a stone wall, i.e. guarantees the absolute well-being and safety to his family.

The majority of Russian women do not even doubt that they are married to their “only loved one,” whose income gives them the pleasure of living. Those women, who guarantee their financial stability with their own efforts only, say that it is very hard for them to find true love. It just so happens that Russian women's ability to love is directly connected with men's ability to make money.