Young people all over the world protest against ideals of capitalism

The son of my old friend is a pretty successful young man. He is a co-owner of a computer software company. His office is in the center of the city. He recently bought an apartment, got married, and begot a child. He usually spends his vacations abroad. All of a sudden, his life began to falter. He used to love his work. Now it is a bore. Money is a drag. The man is in his early thirties, and he recently developed a passion for music. He takes piano lessons. He can realize that he will hardly make a Vladimir Horowitz. But his heart seems to defy his mind. His heart is out on a quest. 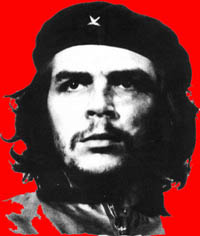 Young people all over the world protest against ideals of capitalism

France is a good example of today’s youth that is unwilling to be happy with the blessings of the world of capitalism.

It is not ethnic Arabs from the poor suburbs who took to the streets this spring. This time it was the university students, mostly boys and girls from the well-off middle class. What exactly set the bomb off? No straight answer is available at the moment. The new labor law is purportedly meant to work for the benefit of young people. It is designed to lower unemployment. It went through a preliminary examination and a discussion in Parliament. Nothing indicated a storm looming on the horizon. Then riots began sweeping across France.

Why did the youth become a driving force of the “orange revolution” in Ukraine? Why does the opposition in Belarus count on the youth? Why do the young get attracted to the National Bolshevik Party given its utter absurdity in terms of ideology and tactics?

According to opinion polls conducted among the young people some ten years ago, material comforts were a priority back then. It was a time when the “ghost of capitalism” barely set off on a trip across Russia. After decades of the barracks-style socialism with its controlled distribution of goods, after decades of living in a country that was “sex-free”, and had no blue jeans, no hard rock, and no cell phones – the post-Soviet kids were keen to get it all. Boys were dreaming of making billions as Khodorkovsky, or become full-fledged members of an organized crime group. Girls were dreaming of hitching a millionaire or Kirkorov. Having arrived in Moscow from some boondocks town, the most reckless ones were ready to walk the streets in a desperate attempt to catch a bird of paradise by the tail. And the whole bunch of them – the brainy and the fools – was craving for new sensations, novelties, and the winds of change blowing all over the place. Those were the blessed times featuring rock stars Makarevich, Grebenshikov, and the great Tsoi with his trademark chanting: “We are waiting for changes!”

Once capitalism cruelly and brazenly broke into our house, we could see a lot of difference between an ambition and an ability to make things happen. The Russian youth was surprised to find out that just a handful of young people in this country were able to start businesses and take risks. As it turned out, the similar numbers in the West were also low, within a range of 5%-6%, despite our deep-rooted desire to emulate the West. The story changed its name, but the rules remained the same. Workers and employees used to bow to their workshop supervisor or a Communist Party committee chief, now you have to kowtow to your boss or shareholders whose biggest concern is profit and who simply do not give a damn about things happening inside your young hearts and minds.

Now doctors say that a broker (the dream job of the early 2000s) is one of most dangerous occupations in terms of a real threat to mental health and good prospects of spending a lengthy spell at a funny farm.

Then we read the stories about some Russian businessmen with money to burn, those boys in their early 30s or 40s just can not get it off without taking a tablet or two of Viagra. And we also read and heard the stories about poor gangsters lying six feet under the tombstones, which bear mushy epitaphs like “He was so young.”

The latest opinion polls show that young people have been becoming increasingly opposed to the “moral principles” and ideals of capitalism. Our oligarchs spent millions of dollars on whitewashing and PR campaigns yet they failed to become “geniuses holding the hearts of men; lords of the souls of men.” Young people do not wear T-shirts with printed images of Berezovsky, Gusinsky, Khodorkovsky, or Soros on the back or front. They opt to wear T-shirts sporting famous rock musicians, Che Guevara, and John Paul II.