Dmitry Chernov looked like a young man of legal age, although was an under age person, who was still in need of parental care

Russian fans of traveling can be good at finding ways to move from one city to another absolutely free of charge. Seventeen-year-old man, Dmitry Chernov, a resident of the city of Nizhni Novgorod, became one of those, who made up an almost perfect way of traveling for free. 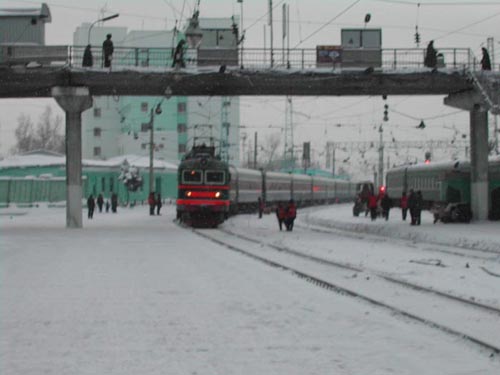 Dmitry had a big fight with his parents before he decided to leave his hometown and go to Siberia. The young man's father strictly prohibited his son to play video games. The new rule offended the boy, and he decided to leave his house. It goes without saying that Dmitry had no money for traveling at all. However, he knew that there were special social services in every Russian city to help poor people, those, who lost their homes in fire, or experienced another misfortune in their lives. The young man made up a simple plan, with the help of which he could travel across the nation without any problems. Dmitry grabbed his passport, took a suburban train and off he went.

The young man has been to Moscow and the Ivanovo region. He visited social offices in every city, narrated his sorrowful stories and received standard allowances for “the poor boy.” In addition to money payments, the boy received food and clothes. Dmitry managed to obtain a special notice, which said that the boy was allowed to travel without passenger tickets.

In the Ivanovo region, Dmitry met a young man, Ivan, who was going to his relatives in the city of Tomsk. The fellow traveler offered Dmitry to while away the time on the road and try to find a job somewhere. The pals quarreled at a railway station in the Novosibirsk region, and their ways parted. Dmitry did not give way to despair. He arrived in Novosibirsk, received his regular allowance from the social service and decided to spend the rest of the day in the waiting room of the railway station. The station became the place, where the young man's trip was destined to end: a police officer asked the boy about the goal of his visit to Siberia.

A spokeswoman for the Novosibirsk law-enforcement authorities, Elena Trubina, said that Dmitry Chernov looked like a young man of legal age, although was an under age person, who was still in need of parental care. Social employees did not pay attention to the boy's birth date in his passport for some reason. Local law-enforcement authorities decided to send the boy to an orphanage. Dmitry was thrilled to learn that he would be able to stay in his temporal home for free, and then return to his home in Nizhni Novgorod free of charge as well.