There were fewer than 150 billionaires put on the Forbes list twenty year ago. Nowadays things have changed. The 2006 Forbes list of billionaires contains 793 entrants. The computer genius Bill Gates has retained the title of the world’s richest man for the twelfth consecutive year. He added about $5 billion to his net worth this year. There are 33 Russian billionaires on the latest list. Next to New York, Moscow has the biggest number of billionaires. 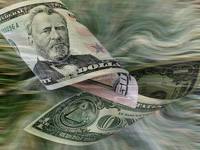 According to Forbes, there are 40 billionaires living in New York City. Moscow is a runner-up, with 25 billionaires on board. London has 23 of the world’s richest people.

Roman Abramovich, the owner of Chelsea football club and Chukotka governor, has almost made it to the Top 10. His estimated net worth is $18.2 billion. Last year he was No 21 with $13.3 billion. Mikhail Fridman and Vladimir Lisin ($7 billion each) sat next to Abramovich on last year’s list. Oleg Deripaska ($5.5 billion) was in the third place Vagit Alekperov replaced Vladimir Lisin as a runner-up on this year’s list. This year, neither Fridman nor Deripaska is among Russia ’s top three moguls.

Well, others saw much worse things happen to them. Mikhail Khodorkovsky had $2.2 billion and was listed among Russia’s billionaires last year. He is no longer on the list this year.

Russia is No 3 as to the number of billionaires

Russia is No 53 as to the standard of living

The standard of living ratings as at 2004:

Most Russian billionaires reject the Forbes ratings. Nearly all of them make statements claiming they can not be that rich. Boris Berezovsky seems to be the only exception, he is still out of reach of the Russian Prosecutor General’s Office. However, none of the tycoons has sued the magazine for libel. Therefore, we can assume that the Forbes ratings are quite accurate.

According to the magazine, the Russian billionaires are this year’s biggest gainers in dollars. Vagit Alekperov’s net worth rose to $11 billion from $4.3 billion last year. Viktor Vekselberg also doubled his last year’s $5 billion net worth. Mikhail Khodorkovsky is the only loser of last year’s list. Despite being imprisoned, he was still listed among the billionaires. Now he is not.

Gross domestic product per capita per annum, in thousand dollars, as at 2004: