Sasha Cohen has a crush on ‘flying tomato’ Shaun White 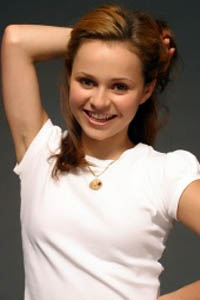 Sasha Cohen has a crush on ‘flying tomato’ Shaun White

It happened at the party, sponsored by Burton Snowboards, it was the first time the winter athletes actually met. "She's cool, I just wanted to meet her in person," White, 19, tells People, adding that "the media made a big deal" about his having a crush on her. He insists, however, "I think she's cute, I just really wanted to meet her, that's all."

Cohen, 21, arrived with some friends around 10:30 in a black stretch limo and hung out with White in the VIP lounge before she left at 11:30. "She had something to do tomorrow," said White, who plans to reunite with Cohen this Sunday for the Esquire Oscar Party, says his rep, Nancy Carlson, People Magazine reports.

"He was definitely excited to see Sasha tonight," Carlson says, explaining that the Olympians were too busy to meet in Turin. As for White's so-called "crush" on Cohen: "He originally made his comments about Sasha off the cuff, and (they) got blown out of proportion."

Snowboarder White, on his first night back from Italy , says of his own recent whirlwind of events: "Man, I don't even know where I am right now. It's hitting me even more now, winning the gold, just walking down the street. People are really proud I won. It's awesome."

As for the future: Pro snowboarding looks to be winning over college. He may crack the books when he's older, he says, "but right now I've found what I want to do and just have fun.”

With big air and big hair, Shaun White won the gold medal in halfpipe at the 2006 Winter Olympics . The boarder, sometimes called the Flying Tomato, for his wild red hair, won the event by beating out fellow American, Danny Kass. White is a two-sport athlete, who was the first person to compete at both Winter and Summer X Games in two different sports (snowboarding and skateboarding.) Here's a closer look at the 2006 Olympic champion.

After setting new standards in the world of snowboarding, Shaun White decided to make his mark in skateboarding. White joined Tony Hawk on his Gigantic Skatepark Tour in 2002 and made his pro skateboarding debut at the 2003 Slam City Jam. Shaun White finished fourth in the vert half pipe, which qualified him for the 2003 X Games, where he finished sixth in the vert competition, according to kidzworld.com.

Sasha Cohen’s full name is Alexandra Pauline Cohen. She was born in 1984 in Westwood, California. 'Sasha' is a traditional Ukrainian nickname; Cohen's mother Galina is a native of the Ukraine ... Cohen is 5'2" tall, according to her 2006 U.S. Figure Skating Association profile.

Cohen's petite frame and gymnastic style earned her a following among figure skating fans in 2000. That year she finished a surprising second to reigning champ Michelle Kwan in the 2000 U.S. women's national championships. After missing much of 2001 with an injured back, Cohen again finished second to Kwan at the 2002 U.S. championships.

The finish earned her a spot on the 2002 Olympic team alongside Kwan and Sarah Hughes; at Salt Lake City she finished fourth behind Hughes, Russian Irina Slutskaya and Kwan. In 2006, with Kwan injured, Cohen broke through to win the U.S. championships for the first time.

She went on to win a silver medal at the 2006 Winter Olympics in Torino, Italy, finishing second to Japan's Shizuka Arikawa, answers.com reports.

From the biographies of these to people we can clearly see that they are completely different. Their interests, friends, ways of life are different. The only thing that they have in common is their love for sport. And in may so happen that sport will help to build one more sport couple.