Representatives of sexual minorities organized a public action in Moscow today, which, as they believe, will raise the issue of homosexual marriages in Russia. The actual event was organized by deputy of the republic of Bashkiria, Edward Murzin and editor-in-chief of Queer Magazine, Ed Mishin. The two men submitted an application for the wedding to a marriage registration office in Moscow. 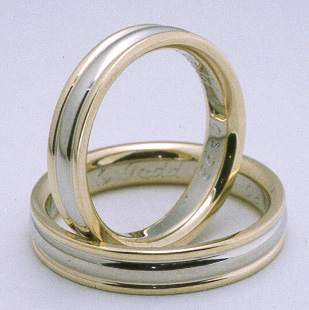 The application was accepted, but the men are certain that the paper would soon be returned to them with an official denial. “Me and Ed Mishin have different sexual orientations, but the goal of our action is to amend the Russian law for the benefit of those people who are referred to as sexual minorities,” Bashkirian deputy Edward Murzin said. Murzin, a straight man, decided to participate in the daring adventure in order to obtain a formal document, which denies a gay marriage registration.

According to official statistics data, about seven percent of Russian men and three percent of Russian women acknowledge their unconventional sexual orientation. The same number of people practice homosexual sexual relations, although they do not think of themselves as gays or bisexuals. It is noteworthy that the attitude to people of untraditional sexual orientation has changed a lot over the recent 13 years.

In 1989, for example, the majority of Russians thought that homosexuality should be either liquidated or abolished (33 percent). Very few people (only six percent) thought that one should help homosexuals. The situation changed in 1994: the number of those, who wished to liquidate homosexuality, dropped (22 percent), whereas 29 percent of respondents believed that gays and lesbians should be left alone to themselves.

Homosexuality has stopped being a unique social phenomenon in Russia. However, several public figures and politicians started talking about the need to reinstate the article of the Russian Penal Code, according to which homosexual relations between adult men are punished with a term in jail.

”If we have the document of denial from the marriage registration office here in Moscow, we will be able to stand up for our rights further on,” editor-in-chief of Queer Magazine, Ed Mishin, said in an interview with the Komsomolskaya Pravda newspaper. “The Russian Constitution does not say that people of one and the same sex cannot wed each other. Quite on the contrary, the Constitution runs that sexual, racial or religious discrimination is forbidden,” said he.

Bashkirian deputy Edward Murzin stated before going on a homosexual crusade that he was not a man of unconventional sexual orientation. Murzin emphasized that he was struggling for democratic freedoms and human rights in Russia.

Two young Russian gay men tried to get married in the city of Nizhni Novgorod about 18 months ago. They decided to contract marriage in a church. The two men even convinced a priest to marry them. As a result, the priest was defrocked, and the wedding was considered invalid.