Russia and Iran join efforts to struggle against invasion of UFOs

If a UFO appears in the sky above Iran, anti-aircraft systems will most likely down it

Unidentified flying objects continue terrorizing the Eastern hemisphere of planet Earth. No one knows what to do with them, although it is obvious that something has to be done with the problem. Russia and Iran agreed to join efforts to study the mysterious phenomenon. The news may seem to be ridiculous at first sight, but it is actually a rather serious matter: UFOs pose a big threat to Iran in connection with its growing nuclear potential. 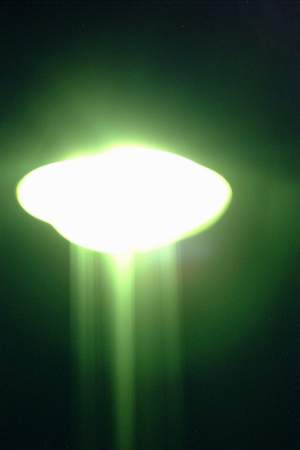 The UFO mania has gripped Iran. The Air Force command of Teheran has recently been given an order to down any unknown or suspicious object seen in the air space of Iran. If a UFO appears in the sky above Iran, anti-aircraft systems will most likely down it.

Iranian mass media, meanwhile, are distributing more and more information about extraterrestrial threats to the nation's nuclear objects. The flights of unknown objects in the air space of the country have become much more frequent lately, the Resalat Daily wrote. According to the newspaper, unusual luminous objects were spotted above Busher and Natanza, where nuclear facilities are located. One of the objects exploded in the sky, eyewitnesses said. The Iranian defense department is trying to pacify the anxious population. “We have developed plans to protect nuclear objects from any danger. The Iranian Air Force is on alert and ready to fulfill the duty,” General Qarim Gavani stated.

The interest in UFOs started growing very fast in Iran more than a year ago. News agencies reported dozens of incidents, when people could see strange objects flying above their heads. The state television of Iran aired the footage of a shimmering white disk above Teheran. People ran out of their houses in eight cities to see the bright extraterrestrial light in the clouds. IRNA reported about multicolored objects with green, red, blue and violet rays seen above the towns of Tabriz and Ardebil and above Golestan Province in the area of the Caspian Sea.

Russia promised to help Iran in the struggle with UFOs. Russia put an end to the anomalous problem in the beginning of the 1990s, when the entire population of the Soviet Union was panicking over strange flying objects. Both Russian and Iranian officials emphasize the fact of expanding the bilateral cooperation, particularly in the field of space exploration and the development of satellites. In addition to UFO-related contracts Russia and Iran are working on the details of the agreement to launch the Zohreh satellite.