Tenizbek Bayizov suffers from a very rare illness: his knees are turned inward and bend backwards. The 17-year-old young man cannot stand or walk normally: he crawls on his hands and knees, but the abnormal joints make him arch like a spider or a grasshopper. Tenizbek has never attended school; the boy neither reads nor writes. 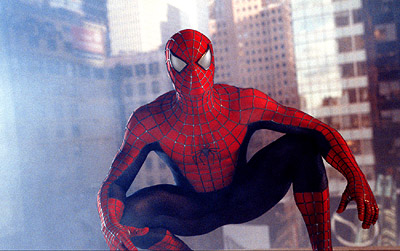 An old radio and a black and white TV set has been the source of information for Tenizbek throughout his life. He resides in the town of Kazarman, the republic of Kyrgyzstan. Kazarman doctors refused to operate the boy: they said that the operation would be very expensive and it would be possible to do it in the States or in Europe. One day the boy saw a report on a local TV channel, telling of a good hospital in Bishkek, the capital of Kyrgyzstan. Tenizbek plucked up his courage and decided to use the chance.

In Bishkek, the spider-boy had an appointed with the director of the traumatic surgery research center, professor Sabirbek Jumabekov.

”When I saw the guy for the first time, I had to hold on to my seat. I was incredibly surprised. I have never ever seen such a phenomenon in my life. We started fishing for information about the boy's disease, but we only found out that there had not been even a record made about it over the recent 50 years,” the experienced doctor said.

The professor had to conduct numerous sessions and consultations with his colleagues before he made up his mind to operate the boy at the expense of the hospital. The first operation has already been performed: doctors removed unusual joints from Tezinbek's right leg. The medics replaced the boy's abnormal knee with metal joints and artificial tendons. It took four surgeons several hours to complete the operation. If everything is alright, the doctors will do the same process with the left leg, and the boy's dream will come true – he will be able to walk.